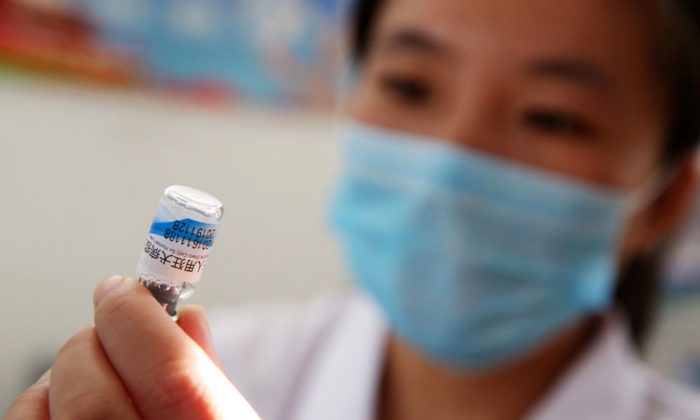 BEIJING—A Chinese maker of rabies vaccine was fined 9.1 billion yuan ($1.3 billion) on Oct. 16 for falsifying production records in a scandal that prompted a nationwide crackdown on the industry.

Disclosure of the case, and the failure of authorities to act immediately after finding inconsistencies in the company’s records in late 2017, triggered a public outcry following deaths and injuries due to fake or shoddy medicines, milk, toys and other products.

Changchun Changsheng Life Sciences Ltd., which was ordered in July to suspend production, also was stripped of its licenses to make vaccines and drugs, the State Drug Administration announced.

The country’s No. 2 leader, Premier Li Keqiang, said in July the company “violated a moral bottom line.” Li ordered a nationwide inspection of other vaccine producers.

Rabies is endemic in parts of China.

No injuries were reported from use of Changsheng Life Science’s vaccines, but authorities ordered a recall of its products from Chinese and foreign markets.

The company’s chief executive and 14 other managers were detained in July after a surprise inspection found falsified production and inspection records starting as early as 2014.

Changsheng Life Sciences used expired materials, mixed different batches of products and failed to test them properly, according to the Oct. 16 announcement. It said the company destroyed records to conceal its misconduct.

The announcement gave no indication of the status of possible criminal prosecutions.