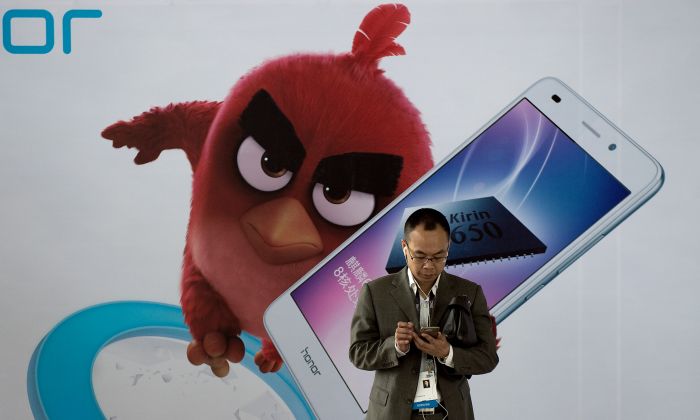 They are calling their campaign “996.icu,” which means they will end up at a hospital’s intensive care unit (ICU) if they continue their current working schedules of 9 a.m. to 9 p.m., six days per week work, according to the campaign’s website.

In China, tech engineers and developers are calling themselves “coding peasants” or “IT farmers” because of the harsh working conditions.

Experts have previously raised concerns about the possibility of death because of overworking. Yang Heqing, economics professor and vice chairman of the state-run China Human Resource Development Association, said in an interview with Hong Kong media HK01, published on April 6, that in a study he conducted of Chinese across different professions, including cab drivers, doctors, university professors, and civil servants, close to 30 percent were “at the edge of being overworked to death.”

Some Chinese tech engineers compiled a “blacklist” of companies who have a “996” or longer work schedule on GitHub, a U.S.-based online hosting service for source code.

At Huawei, the world’s largest telecommunication equipment manufacturer, employees said their working hours were from 9 a.m. to 10 p.m., six days a week, since at least August 2010.

At tech giant Alibaba, working hours have been “996” since June 2018. And at Ant Financial, an Alibaba subsidiary and the world’s most valuable digital payment company, worth $150 billion, engineers have the same intense work hours as at Huawei. Meanwhile, JD.com, the e-commerce giant, has a “995” work schedule.

The blacklist includes a total of 45 Chinese tech companies that, according to its engineers, forced employees to work long hours. In fact, this work culture runs counter to Chinese labor laws.

JD.com said in a statement that it doesn’t require employees to work 995 or 996, but online, netizens who said they worked for the company explained that they would be laid off if they didn’t match the unwritten work expectations.

Tech workers on GitHub emphasized that their protest isn’t political. “We firmly uphold the labor law and request employers to respect the legitimate rights and interests of their employees,” their message read in English and Chinese.

China Finance Online reported on April 4 that a Sogou employee complained on Weibo, a Twitter-like social-media platform, that staff have to stay in the office for more than 11 hours every day to avoid getting laid off.

Wang Xiaochuan, Sogou’s founder and CEO, soon responded on Weibo that employees shouldn’t talk about the company in public, and for those who do, “they should not work for Sogou anymore.”

Some China observers believe the tech workers’ complaints could fuel other protests.

Wen added that the 996.icu campaign may influence other Chinese to stand up for their rights; tech engineers have relatively high salaries in China, while lower-income Chinese have, by comparison, more grievances.