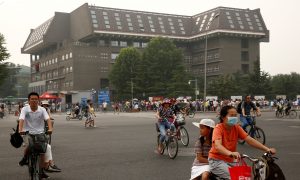 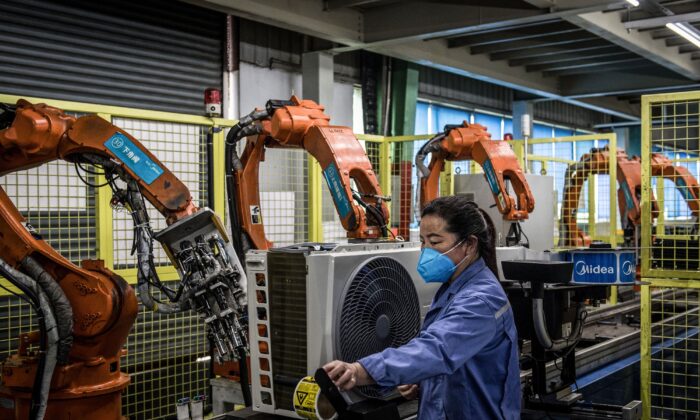 The use of air conditioners in some dormitory floors heats up the students living on the floors without air conditioning. (Art-Of-Photo/iStock)
Chinese Resist the CCP

When high summer temperatures hit several areas of China this year, college students living in dormitories in the provinces of Henan and Hunan shouted their demands for air-conditioning.

Authorities feared that students would launch a campaign by imitating the “revolutionary predecessors experience” from a Chinese Communist Party (CCP) propaganda TV drama.

Even under 40 degree Celsius (104 degrees Fahrenheit) temperatures, six to eight students are crammed into one dormitory room with only a tiny fan to cool them down. Unable to sleep or study in such heat, students at Henan University of Science and Technology held a “collective shouting” in the dormitory on June 9. Mass appeals then took place at Hunan and other universities. Students talked about the events on Weibo, which drew a lot of public attention.

With little to no concern for the students’ welfare during extremely hot weather, the CCP authorities focused elsewhere. A picture of a suspected official document circulated on Sina Weibo read, “Education authorities should eliminate risks and hazards on campus,” to “ensure that no big public opinion incidents occur.”

The document affirmed that “The Awakening Age,” a revolutionary-themed CCP propaganda TV series, as well as other revolutionary dramas, are popular with college students. Students posted screenshots of group comments on Weibo, saying: “Take the experience of revolutionary predecessors as an example” and “put pressure on the college authorities.”

The Awakening Age tells how the early formation of the CCP, the disparity between rich and poor, and various elements formed a revolutionary purpose.

“Now the students were stirred by it,” political commentator Chen Pokong said in his self-media channel on June 22.

The collective shouting began when university authorities ignored the students’ appeals for air-conditioners. Luoyang City, where Henan University of Science and Technology is located, has had continuously high temperatures since the end of May. On June 6, the temperature exceeded 40 degrees Celsius, and the local authorities issued a red alert.

Being too hot to sleep at night, students reported the problem publicly online, but no resolution was offered by the college. Finally, in the early morning of June 9, they amassed in the dormitory building and asked the college to install air-conditioning.

Several days later, college authorities responded that they couldn’t install air-conditioners in the students’ dormitories because “the aging circuit is unable to support high-power electrical appliances.”

The official excuse failed to appease the students and even ignited more anger. In the same dormitory building of Henan University of Science and Technology, the first two floors—where international students live—have air-conditioners. However, none of the top four floors—where domestic students reside—are air-conditioned.

In addition to Henan University of Science and Technology, similar incidents occurred in other universities such as Hunan Xiangnan College, Hunan Transportation and Technical College, and Hunan First Normal College. The students’ demands for air-conditioners made the authorities uneasy.

“The CCP started with campaign activists, and it fears young people will imitate what they did in the past, to integrate intellectuals with workers and peasants, and to have freedom of speech and association,” Epoch Times columnist Wang He said.

The collective shouting isn’t the only thing worrying the CCP. In early June, students in Jiangsu and Zhejiang universities, who opposed the authorities’ intention to merge private colleges with vocational schools, gathered and shouted anti-merger slogans. The event turned into a physical conflict with police, and many students were beaten and arrested.