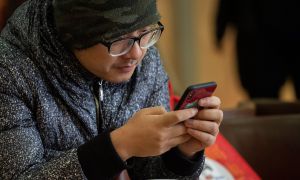 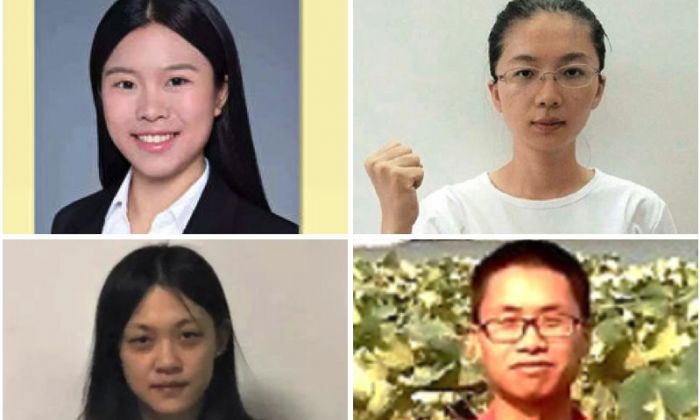 Four detained students were shot a confessional video. Others said it's an arrangement by Communist regime. (Dajiyuan)
China Human Rights

A group of Chinese student activists has condemned authorities’ attempts to intimidate their peers by forcing them to watch confessional videos, in which several student leaders admitted to wrongdoing by organizing protests.

Jasic Workers Solidarity Group is comprised of university students who are against poor labor conditions at the Jasic Technology factory in Huizhou City, southern China. Factory workers there were dismissed from their jobs last year after they tried to form a trade union, and several workers who protested their dismissal were arrested and detained by local police.

Since then, many Solidarity Group members have organized protests in support of the workers.

On Jan. 21, the Solidarity Group published a statement on its website describing details of the 30-minute-long confessional video. The video footage shows Yue Xin and Gu Jiayue, students who graduated from Peking University; Shen Mengyu, who received a master’s degree from Sun Yat-sen University in southern China; and Zheng Yongming, a student who graduated from Nanjing Agricultural University, talking about their experiences in the protests.

All of them said they were brainwashed by an unknown “extremist organization” that wishes to overthrow the Chinese government. After joining the organization, they acted upon the leader’s instructions.

Yue confessed to leading the factory workers against the government, while Gu confessed to setting up blogs and social-media accounts to report on the workers’ movement. Shen said she arranged to enter the factory and encouraged the workers to protest.

The Solidarity Group, which rejects the comments in the video, said the video is slander that was intentionally crafted by Chinese authorities.

Four friends of the activists in the video told Reuters that the confessions were starkly different from how the activists previously described the events to them. They said the video was an attempt to threaten students who have been calling for the release of dozens of student activists detained since August last year.

The friends added that although the activists support Marxism and Chinese leader Xi Jinping’s authority, they are still being suppressed by the Communist regime.

Jasic, a welding machinery manufacturer, is a private company based in the southern Chinese city of Shenzhen.

In May 2018, Jasic workers went to the General Workers Union of Pingshan District and asked for help after their co-worker Yu Juncong was fired. One month later, the Jasic management team set up a workers union but didn’t nominate any of the worker’s representatives to be members.

Since July 20, workers and the company have been in conflict. In August 2018, more than 20 activists disappeared one by one. Eventually, local police confirmed that they had been detained.

In late December, Chinese authorities detained several students from Peking University as part of a crackdown on the campus’s Marxist society.

Yue Xin, who appeared in the confessional video, is the most prominent figure because her August open letter calling for the release of detained factory workers ignited the movement. The letter was retained via blockchain technology—which can circumvent Chinese censors.

Earlier this month, China’s Cyberspace Administration announced regulations to manage blockchain technology, requiring registration of real names and identification—which is perceived as a crackdown on dissidents who rely on the technology to spread information and organize.