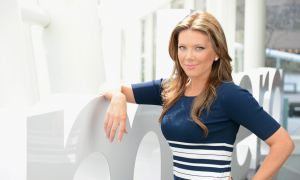 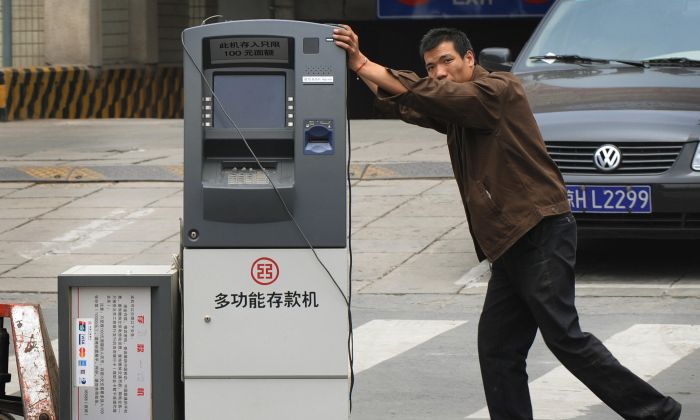 A worker wheels a bank teller machine on the streets of Beijing on June 18, 2008. (MARK RALSTON/AFP/Getty Images)
China Business & Economy

A Chinese state media outlet recently published a correction to its previous report about several small and mid-sized Chinese banks that are about to go bankrupt.

It is unusual for state media to apologize for giving wrong information. Locals surmise that it was likely a move by Chinese authorities to quell public panic and prevent bank runs from happening.

Securities Times is a daily newspaper managed by the Chinese Communist Party’s (CCP) mouthpiece People’s Daily. It is the official newspaper authorized by the government to release news on Chinese listed companies, as well as policies and statements of China’s securities, banking, and insurance regulators.

On May 30, Securities Times published a correction on its website, explaining that a report published on May 29 was incorrect.

Readers tried to find the original report but discovered that Securities Times deleted it and other related posts on social media. Dozens of media that had reposted the Securities Times report also deleted their posts.

But some netizens saved screenshots of the article before it was scrubbed. The report said: “Officials from China’s financial regulator said that some rural and urban commercial banks are on the verge of technical bankruptcy due to their serious credit risks.”

Technical bankruptcy refers to entities that have defaulted on their matured debts. Those commercial banks would be “closed in accordance with market principles.”

The deleted Securities Times article had sought to calm citizens’ fears, announcing that China’s central bank, the People’s Bank of China, would invest 10 billion yuan ($1.45 billion) in the troubled banks and that it also established a deposit insurance fund on May 24.

the central bank conducted an evaluation of 3,969 Chinese banks in the first quarter of 2018, 420 of which were at high risk. Most of them—411 to be exact—were located in rural areas. The article warned those banks to reduce risks.

Baoshang Bank, a state-run commercial bank based in Baotou City of the sparsely-populated Inner Mongolia, was at the most serious risk, and has been under the central bank’s supervision since May 24.

To avoid a possible bank run—in which large numbers of people withdraw their money from the bank at the same time—the central bank stated on May 24 that China Construction Bank, one of China’s “big four” state-run banks, will take over Baoshang Bank’s business operations, which can guarantee that bank customers are unaffected.

Being supervised by the central bank means Baoshang Bank has already entered into technical bankruptcy.

After Securities Times sought to backtrack from its report, Radio Free Asia (RFA) quoted several people from Chinese banks on May 30, saying that a Chinese financial group shared an internal email listing several banks that are currently under the central bank’s supervision. But the actual list has not been publicized so far.

Chen Yuxiang, a Chinese businessman, told RFA that since the U.S.-China trade dispute added economic pains, local government and companies are having a hard time paying back matured bank loans.

RFA interviewed a female manager at a bank purportedly on the internal list, who confirmed that her bank has not been doing well for more than two years, and is now under central authorities’ supervision. She plans to resign before the bank officially closes down.

Ms. Li, who works at another Chinese bank, told RFA that she believes the central bank is worried about another bank run, and thus has not allowed the public to know what banks are in trouble.

Bank runs have occurred before in Jiangsu, Shanxi, and other provinces since 2016.