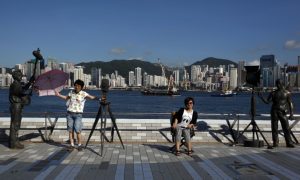 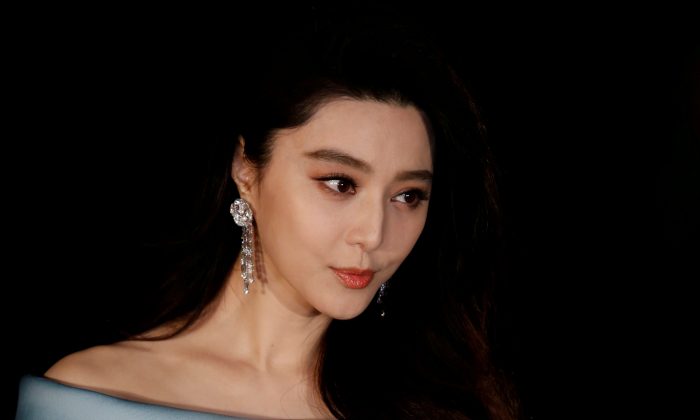 BEIJING/SHANGHAI—Chinese authorities have collected more than 11 billion yuan ($1.62 billion) in unpaid taxes from celebrities and entertainment companies since initiating a crackdown on scofflaws in the industry, state media Xinhua reported on Jan. 22.

Xinhua, citing the national tax bureau and content watchdog, said the campaign, which began in October, has ended and companies and workers have been ordered to correct their tax records.

The most famous star to get caught up in the campaign was actress Fan Bingbing, who has 62 million online followers.

She was ordered to pay about $129 million in overdue taxes and fines in October, after a four-month disappearance from the public eye, Xinhua reported earlier.

Fan, best known outside of China for her roles in the “X-Men” and “Iron Man” film franchises, issued an apology after being ordered to pay up, saying she accepted the decision, would overcome “all difficulties” to pay the penalties, and would step up supervision of her companies.

Industry insiders have lamented that a “cold winter” has descended on the business since authorities launched the checks, with film projects stalling and investors selling off related company shares.

Authorities said the industry should set its mind at rest and focus on work, but added that it would continue to target companies and individuals deemed highly exposed to tax-related risks.

Punishment for high-profile, A-list stars such as Fan was taken as a stark warning to others in the industry. One of the Chinese Communist Party’s security agencies even published an article titled, “This absolutely is not simply aimed at Fan Bingbing alone.”

Since June, the Chinese regime has been investigating tax evasion in the film and television industry, following reports that Fan and other famous actors have been signing so-called “yin-yang” contracts, one of which sets out the real terms, while a second—with a lower figure cited—is meant for tax officials.

After “yin-yang” contracts were exposed, the State Administration of Radio and Television cracked down on tax evasion and “money worship” in the entertainment industry, with a regulation stipulating that actors shouldn’t be paid more than 40 percent of the total film production costs, and lead actors can’t earn over 70 percent of the total pay for the cast.

Fan, however, isn’t the only celebrity caught in the crosshairs in the regime’s crackdown against tax evasion. More than 500 Chinese actors are reportedly in the sights of tax authorities, as the communist regime seeks to boost its coffers amid a flagging economy and costly trade tensions with the United States.

By Pei Li & Brenda Goh. The Epoch Times contributed to this report.