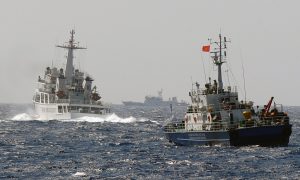 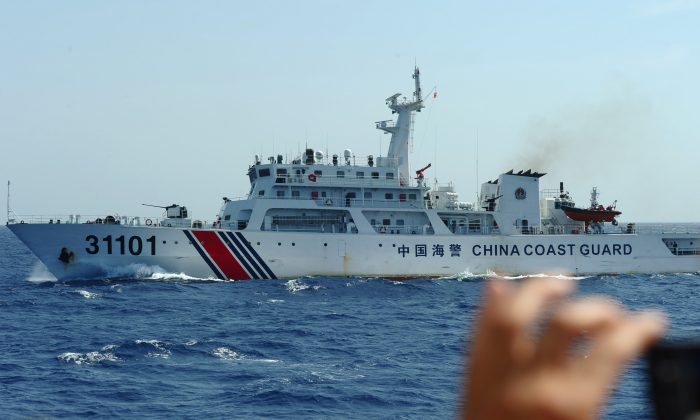 HANOI—A Chinese survey ship returned to Vietnam’s exclusive economic zone off its coast on Aug. 13, ship tracking data showed, less than a week after it left the area where vessels from the two countries were locked in a month-long standoff.

The Haiyang Dizhi 8 first entered the zone under Chinese coast guard escort in July and appeared to conduct a seismic survey of waters that are a potential global flashpoint as the United States challenges China’s maritime claims.

The survey ship, which according to Vietnam left the area on Aug. 7, was now headed back to the zone under escort from at least two Chinese Coast Guard vessels, according to data from Marine Traffic, a website that tracks vessel movements.

Since the standoff began, Chinese coastguard ships have also been operating within a Vietnamese oil block where a rig leased by Russian oil giant Rosneft has been drilling, the data showed.

Vietnam’s foreign ministry did not immediately respond to a Reuters request for comment.

Last month, Vietnam accused the survey ship and its escorts of conducting illegal activities in the economic zone and Vietnam’s continental shelf and demanded that China withdraw the vessels.

After it left the area, the survey ship docked at Fiery Cross Reef, a man-made island controlled by China and built on a disputed South China Sea reef that is claimed by Vietnam and the Philippines.

The impasse has fueled anti-Chinese sentiment in Vietnam, where previous tension between Beijing and Hanoi over the disputed waters has triggered protests.

Police last week broke up a brief protest outside China’s embassy in Hanoi against the operations of the survey vessel and its escorts.

By Khanh Vu and James Pearson. The Epoch Times contributed to this report.