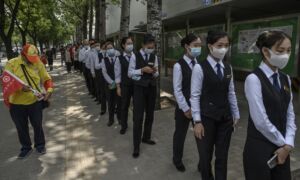 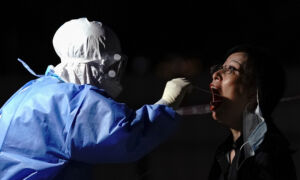 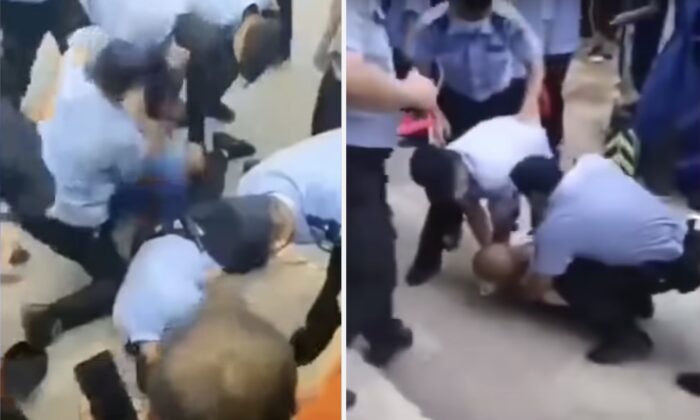 Villagers and police fight with each other in Xihongmen town in Beijing, China, on July 13, 2020. (video screenshot)
China Society

Residents in Xihongmen town, in the suburbs of Beijing, recently fought with police about having to pay for new entry passes to their village—which is part of a new system to monitor people’s movements in an effort to prevent the spread of the CCP virus.

Several villagers were detained, and at least one police officer was injured.

Some shared videos of the scuffle on social media, which spread widely after they were re-posted on Twitter and Facebook, platforms that are banned in China. Chinese media didn’t report on the incident, and local authorities didn’t release a statement.

“The Chinese regime won’t report about this because the local government is using the outbreak to collect money from people, and that is something embarrassing for the regime,” said U.S.-based China affairs commentator Tang Jingyuan in an interview.

A recent notification issued by the Chinese Communist Party commission in Xihongmen town on July 9 began spreading widely on social media this week.

“Xihongmen town … has changed its entry pass. Everybody has to use the new entry pass to enter and leave the village … Anyone who doesn’t apply for the pass will be treated as giving up his/her right to live in our village,” the notice read. “Anyone who passes the checkpoint without the new pass is violating the law, and will be held liable.”

Xihongmen town is close to the Xinfadi market, which Beijing authorities say is ground zero of the recent virus resurgence in the nation’s capital.

The Xihongmen Party commission said the new pass was needed because there was a change in the authorities’ assessment of the risk of virus spread within the town.

On June 19, Xihongmen town was upgraded to be a “high-risk region” for the spread of the CCP virus. At the time, villagers in the town were asked to buy an entry pass to enter or leave their village.

On July 5, Xihongmen town was downgraded to be a “medium-risk region.”

But the passes don’t contain information that reflects the change in risk.

According to the Daxing district government, Xihongmen town has 27 villages and more than 139,500 residents. Eighty percent are migrant workers, while 20 percent are people who have lived there for generations.

Videos show a large group of residents crowding near a checkpoint in front of Xihongmen town on July 13. They say they don’t want to apply for new passes, and they ask authorities if they can use the same ones they had bought in June.

Soon after, a group of police officers arrive at the scene and stand face-to-face with the villagers.

Some younger villagers try to pass the checkpoint without new entry passes, but are stopped by the police. At that point, both parties start to fight with each other.

As seen in the videos, some villagers were eventually subdued. Several were crying for help, while others were shouting: “They ask us for 30 yuan to enter the village!”

One video shows a police officer lying on the ground after brawling with a villager, while several other officers try to wake him.

Radio Free Asia quoted Xihongmen residents on July 14 who said that some COVID-19 patients can receive an entry pass if they pay cash bribes to local officials.