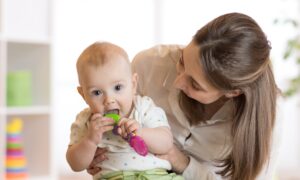 Teething Does Not Cause ...
0
Share Now
TelegramFacebookTweetEmailTellMeWeReddit
Copy Link
News

Chinese Removal of Stimulus Programs Weighs on Aussie; S&P 500 Trades Back into 1340 Resistance

The Euro gave back some of its earlier gains after news circulated which showed that previous plans for economic stimulus in China are now being removed from the agenda. In Forex markets, most of the activity was actually centered on the Australian Dollar (AUD/USD), which is not surprising given the trade relationship between Australian exporters and Chinese manufacturers. In China, the original stimulus program was thought to be very substantial (totaling somewhere in the region of 4 trillion Yuan), but now it appears that other strategies are being considered.

In Europe, most of the news headlines have centered on Spanish commercial bank Bankia, which is now planning to recapitalize itself by issuing corporate bonds. While the story is taking some of the regional attention away from the next election results in Greece, most of the headlines have still been negative and this is keeping the Euro within its longer term downtrend. This general tone was also voiced in the latest report from Fitch, which said that credit ratings for Eurozone member nations will not return to stability in the near term. The report essentially suggested that recent austerity measures have not aided the credit ratings for any of the troubled nations and more progress might be achieved with a focus on growth rather than cuts in budget spending.

The next major event for the Eurozone will, however, be the June 17th election results in Greece, as the country will vote once again with the hopes of constructing a majority government. There have been many news stories recently showing that large multi-nationals are considering a removal of their presence in Greece, so a cohesive government will need to be seen for many of these corporations to have faith in a Greek recovery.

Prior to this, however, we have some significant data releases scheduled from the US into the end of this week with the main event seen with Friday’s Non Farm Payrolls release. Indications of how this report will play out can be seen in tomorrow’s ADP employment report, which shows private payrolls additions for the month and is widely used as a precursor for the results of the NFPs released later. Market estimates for these numbers are relatively conservative, so an upside surprise could easily be seen.

The USD/CHF is trading back into critical resistance in the 0.9590 area but we have yet to see a forceful break that is indicative of stop losses being run. A daily close above here would be a very bullish event however, so the preferred strategy is to buy on dips. First area to watch comes in at 0.9370, which is acceptable to start building long positions.

The S&P 500 is trading back into some significant support turned resistance, which is now seen at the 1340 level. This is also where the 100 day moving average rests, so some period of sideways trading is likely in the near term. A daily close above 1340 will take pressure off of the downside, but short term sellers can use this area to post new positions.