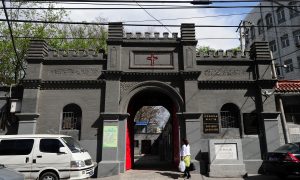 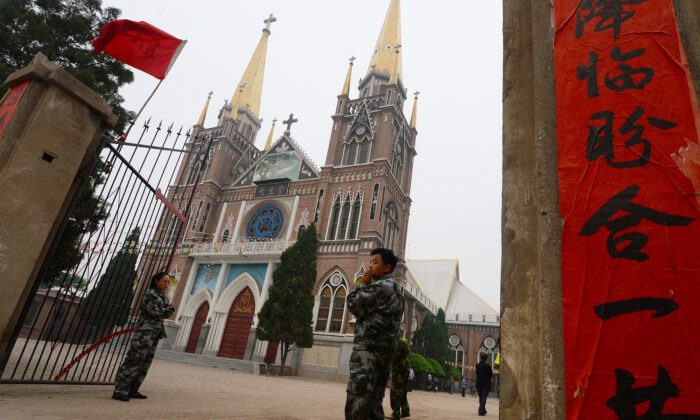 In the past few years, numerous reports have indicated that the Chinese Communist Party (CCP) has been persecuting unregistered churches in China, officially known as “underground churches.” However, there have recently been reports that the Chinese regime is also targeting state-approved churches.

According to Bitter Winter, a magazine on religious liberty and human rights in China, 56 Three-Self Churches that are run by the government were closed down in Xinmi City, Henan Province, in August 2018. Meanwhile, in 2019, some of these closed-down churches were either demolished or repurposed for other use.

The magazine also reported in May 2019 that the government officials gave church believers only two options to decide the fate of their churches.

“The church will either be demolished or donated. Those are the only two options. It’s your choice!” one official told the director of a Three-Self Church, Bitter Winter reported.

The aforementioned church, which is a Three-Self church in Xinmin City, as well as 11 more Three-Self churches, was later shut down under the pretext of being “merged” with another community. As per the same report, the government also stated that every area in the province can only have one Three-Self-Church, thereby limiting the number of Three-Self Churches.

On June 22, 2019, True Jesus Church in Caidu Town of Shangcai County, in the province of Henan, was raided by 60 officials.

“What we see now are the so-called protected religions harshly attacked by the state, making no difference between religions that are tolerated and underground movements,” Marco Respinti, director-in-charge of Bitter Winter, told Fox News. The director of the Religious Affairs Bureau who had led the raid claimed that the church was involved in “illegal fundraising” and the building was “illegal.” It was reported that the authorities wanted to turn the place into a nursing home.

A month later, Bitter Winter reported that there were around 1,000 personnel from several county departments that met at a nearby school, to demolish the church. They stormed inside the church, forcibly removed congregants, injuring 2 elderly people and took away a piano, four air-conditioning systems, but left all the other valuables inside the church. Soon after, the church was destroyed completely and what took its place was a green lawn with saplings planted, indicating that there was no existence of the church.

“We think this is the beginning of the last step by the CCP in persecuting minorities and religious groups,” Respinti said in response to the incident.

In October 2019, a 3,000-seat church, part of the officially approved church network, in Funan, Anhui Province, was torn down without government officials producing any documents showing the order of demolition. Two church’s pastors, Geng Yimin and Sun Yongyao, were later detained on suspicion of “gathering a crowd to disturb social order.”

“This is yet another clear example showing the escalation of religious persecution today by the Chinese Communist regime,” Bob Fu, president of China Aid, said.

The Catholics were also not spared from the persecution.

In September 2019, the True Origin Catholic Church in Ji’an City, Jiangxi Province, had been ordered by the local officials to display the national flag at the entrance and to replace its church name with a banner that reads “Follow the Party, Thank the Party, and Obey the Party,” Bitter Winter reported.

In addition, the officials also removed a painting of the Virgin Mary with the Christ child and replaced it with a portrait of the Chinese leader, Xi Jinping. The church members were unable to gain access to the church after officials confiscated the keys to the building a few days later.

On the other hand, officials in Poyang County ordered an unofficial Catholic meeting place to stop all religious activities and threatened to cancel the retirement pensions of elderly members if they continued to attend the church. The officials also removed the cross and religious symbols before hanging up portraits of Xi and Mao Zedong.

Falun Gong, also known as Falun Dafa, is a Chinese spiritual discipline based on the principles of Truthfulness, Compassion, and Forbearance. The practice, introduced in China in 1992, was later banned and a brutal persecution was launched in 1999 after the number of people practicing it reached at least 70 million, more than the CCP’s membership.

For the past 20 years, hundreds of thousands of Falun Gong practitioners have been arrested and detained in prisons, labor camps, and brainwashing centers. Like other prisoners of faith, the practitioners are subjected to brutal torture methods that include shocking with electric batons, being force-fed, beaten, handcuffed for long periods of time, and injected with dangerous drugs. Moreover, recent reports have indicated that the Chinese regime has been harvesting organs from prisoners of conscience.

“Forced organ harvesting from prisoners of conscience including the religious and ethnic minorities of Falun Gong and Uyghurs has been committed for years throughout China on a significant scale, and that it continues today,” Hamid Sabi, a counsel to the human rights group China Tribunal, said, addressing the United Nations Human Rights Council. “This involves hundreds of thousands of victims.”

“Victim for victim and death for death, cutting out the hearts and other organs from living, blameless, harmless, peaceable people constitutes one of the worst mass atrocities of this century,” Sabi further added.