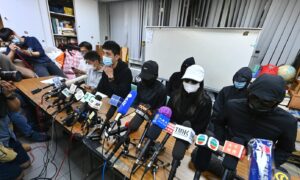 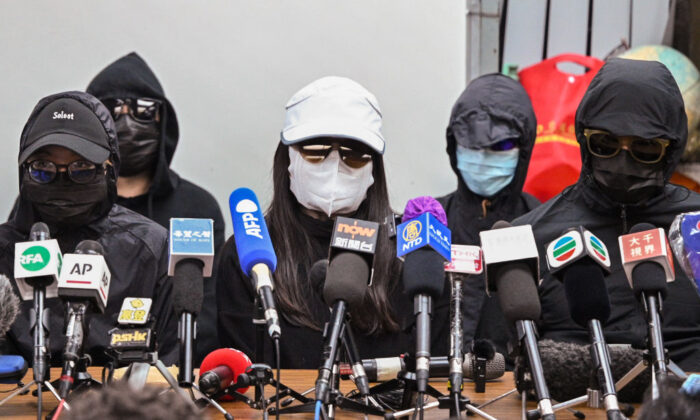 Chinese authorities revoked two Chinese lawyers’ practicing licenses after they represented two of the 12 Hongkongers who tried to flee on a boat on Aug. 23 last year.

While en route to Taiwan, all 12 were intercepted by China’s coast guard and detained in mainland China.

Ten of them were placed on trial last week. Chinese authorities decided not to press charges against two who were minors at the time of their arrest. They were repatriated back to Hong Kong on Dec. 30.

On Dec. 4, the justice department of Sichuan Province in southwestern China issued a notice, accusing Lu of “making inappropriate remarks online multiple times.” Moreover, it said Lu’s remarks had “severely damaged the image of the lawyer sector” and had “negative impacts on society.” As a result, the department said it was entitled to revoke his license in accordance with local laws.

The notice added that Lu was entitled to defend himself by requesting the department to hold a hearing. Lu now has three days to make his hearing request, or he will be regarded as having given up his rights to a hearing.

Lu told Hong Kong media that he will apply for a hearing and condemned the Sichuan justice department’s “unreasonable persecution.” He further called on the department to “return to the right track immediately.”

He said it was likely his work with the 12 Hongkongers that led to authorities’ decision, but added that he did not have any regrets about taking up the case.

Also on Monday, Eddie Chu, a former Hong Kong lawmaker who has been assisting families of the 12 Hongkongers, took to his Facebook page to expose that Ren also had his license revoked.

A notice, dated Dec. 31 and issued by the justice department of Henan Province, leveled accusations against Ren for his actions during the trial of a client surnamed Zhang held on Nov. 7, 2018. Ren was also given three days to decide if he wanted a hearing to appeal the license revocation.

Ren wrote that the Chinese authorities’ actions were “evil,” noting that they used a lawyer’s words in court as punishment and disregarded rule of law. He did not say whether he would appeal the revocation.

A Hong Kong-based concern group for the 12 Hongkongers condemned the Chinese regime’s decision to revoke the lawyers’ licenses.

“The Chinese authorities are using the case of Lu and Ren as an example to threaten other human rights lawyers, such that no one else would dare to participate in politically sensitive cases,” the group said in a statement on Facebook.

The concern group said the detainees’ families were grateful to Lu, Ren, and other human rights lawyers in China, for they faced “pressure from the municipal, provincial, and national levels.”

“Even while they were faced with unreasonable obstruction by authorities in Shenzhen and Yantian at every turn, these lawyers are steadfast in defending the fundamental rights of the Twelve, upholding professionalism and integrity, and revealing the unfair and unlawful practices of the authorities along the way,” the concern group added.

On Monday night, Quinn’s family released a statement, wishing Lu to be safe and sound. Additionally, the family criticized Chinese authorities’ appointed lawyer, saying the latter was unresponsive to their calls.

Wong’s family said in a statement that they were shocked to learn about Ren’s situation, noting it would be a loss to China if his license were revoked.

In September, Lu was denied access to his client, who at the time was being held at the Yantian Detention Center in Shenzhen, on the grounds that authorities had already appointed two other lawyers to represent Quinn. Unable to see his client, Lu said he planned to file a complaint with the local security bureau and the prosecutor’s office over the decision.

In November, a district justice bureau in Chengdu, the capital of Sichuan, demanded that the law firm Lu worked at hand over files related to cases represented by Lu since February 2019 for a review, according to Weiquan Wang, a Chinese website devoted to news about human rights activists.

The concern group decried how Chinese authorities refused to recognize family-hired lawyers, saying that Chinese authorities wanted to “maintain complete control on the legal proceedings of the case.” The group also expressed concerns that Lu, Ren, and other lawyers may face further suppression by authorities.

Beijing and the Hong Kong government have drawn international criticism over their handling of the 12 Hongkongers case.

In response to authorities’ treatment of Lu and Ren, Hong Kong-based nonprofit China Human Rights Lawyers Concern Group warned that it could foretell an alarming development in China.

“[The] Chinese government has now resorted to a subtler form of repression, administrative penalty, which involves revocation or invalidation of lawyers’ legal practice licenses, thus depriving them of their right to practice law,” the nonprofit wrote.

Both Lu and Ren have represented high-profile human rights cases in China.

Lu once defended fellow human rights lawyer Yu Wensheng, who was sentenced to four years in prison in June for “inciting subversion of state power.”

Ren was a defense lawyer for citizen journalist Zhang Zhan, who was recently sentenced to four years imprisonment for “picking quarrels and provoking trouble.”

On Dec. 29 last year, the European Union issued a statement, expressing concerns about Yu and Zhang’s cases, as well as other detained and convicted Chinese human rights defenders such as Gao Zhisheng.