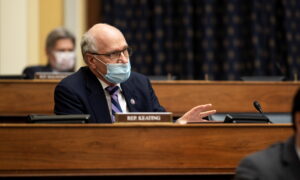 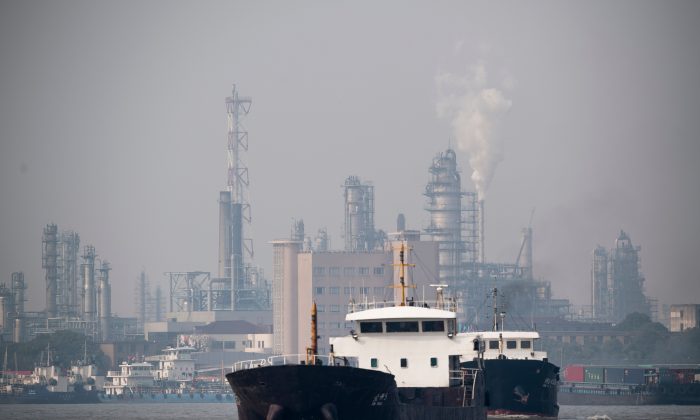 An investigation found that the amount of a toxic petrochemical that spilled into a harbor earlier this month in eastern China’s Fujian province was 10 times greater than initially reported.

Meanwhile, residents of Quangang, where the incident occurred, say that local authorities and the company involved in the spill of C9 aromatic hydrocarbon have refused to compensate them for losses incurred by the local fishing industry. Fishermen fear for their business prospects over the next two years.

Following an investigation, the Quanzhou municipal government said Nov. 25 in a press conference that the actual size of the C9 leak at the Donggang Petrochemical Industry Co. terminal was 69.1 tons, and resulted from human error, China’s state-run Xinhua News Agency reported. Initial reports had put the amount of the Nov. 4 spill in the port district of Quangang at about seven tons of the chemical.

The spill occurred during the transfer of the chemical from the factory to a tanker ship. Because a crane on the dock was out of order, an operator manually dragged the oil hose, in violation of regulations, to connect it between the dock and a tanker. A falling tide led to a puncture in the hose, which caused the spill.

C9 aromatic hydrocarbon solvents are a skin, eye, and respiratory irritant that can hamper breathing; damage to the liver and kidneys may occur with prolonged exposure.

A villager surnamed Xiao from Xiaocuo Village, which is located a few miles away from the incident, told the Chinese-language Epoch Times on Nov. 28 that immediate losses to the fishermen will run between 70,000 and 80,000 yuan ($10,000 to $11,500) a month. But the government hasn’t made good on its promises of compensation.

Xiao said that the incident was caused by the company’s violation of regulations, so it should be held responsible for the fishermen’s future losses, but the government doesn’t agree.

“It’s estimated that fishermen can’t fish for two years because of the chemical pollution,” Xiao said. “The fishermen make a living by fishing. What can they do if they can’t earn a living in the future? Who will take responsibility?”

Mr. Xiao said that the Quangang District authorities haven’t offered any specific aid for the fishermen. Instead, officials keep putting off the matter while asking for residents’ patience.

“How can we be patient when we don’t have food?” Xiao said.

From Oasis of Longevity to Cancer Village

Quangang District was once known as an oasis of longevity, due to its favorable natural environment and the hereditary health of the locals.

“Before the refineries moved here, even ordinary dogs could live for 18 years,” Xiao said.

The Chinese regime established Xiaocuo Town in the Quanzhou District in July 1991. In 1992, a refinery that processed 2.5 million tonnes of crude oil per year was completed and put into operation.

In 1996, another refinery with an annual processing capacity of 8 million tonnes and a large thermal power plant were built.

After 2000, the first refinery expanded its annual processing capacity to 12 million tonnes. In 2008, after the port was established, Quangang District became a center of a petrochemical industry that Xiao calls “a district of cancer,” with locals being diagnosed with the disease as early as their 20s or 30s.

“Eight out of the 10 cancer patients in the Fuzhou Cancer Hospital are from Quangang District,” Xiao said. “In recent years, basically all families I know in Quangang District have someone diagnosed with cancer.”