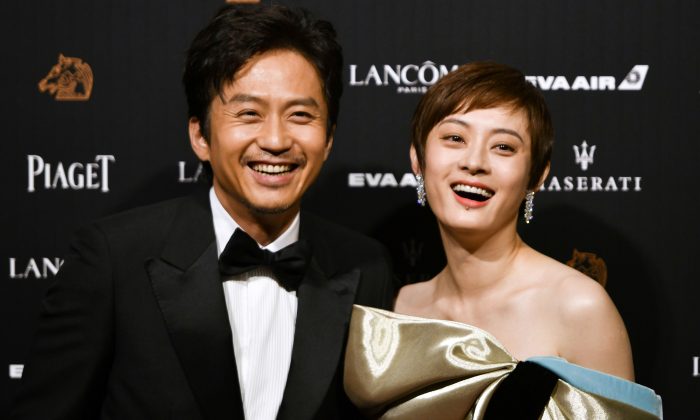 Over 500 Chinese actors and other film industry professionals are in the crosshairs of communist authorities as the State Administration of Taxation pursues an ambitious campaign against tax evasion.

As a result of economic downturn, Chinese authorities at the central and regional levels face chronic shortage of funds. The recent crackdown on tax evasion among wealthy individuals such as Fan Bingbing and other actors, as well as recent tax reforms that increase government revenue, have been widely perceived as emergency measures by the Chinese Communist Party to boost its coffers.

According to the “Content of Hengdian Studio Meeting,” a document circulated among Chinese film and television professionals, the Taxation Administration has arranged four phases to collect overdue taxes and fines from actors.

Finally, the Taxation Administration will audit prominent actors as well as perform spot-checks on others. This work is to be finished by June 2019.

DWnews, a pro-Beijing, Chinese-language media based in the United States, reported on Dec. 4 that there are 551 Chinese actors who were questioned or will be questioned by Chinese authorities.

According to the report, almost all these actors pay taxes via their studios. The Taxation Administration divided the actors into four groups for individual questioning.

First among those on the list is 37-year-old Fan Bingbing, probably the most famous Chinese celebrity since 2013. She disappeared this June following accusations that she had engaged in illegal tax-evading contracts. When she appeared in September, she issued an apology to the Communist Party and in October agreed to pay her 884 million-yuan fine (about $130 million).

After Fan, 17 other superstars were questioned or investigated. Among them was film director and actor Wu Jing.

Wu Jing directed and performed in the propaganda film “Wolf Warrior” and its sequel, which were lauded by the Liberation Daily, a paper run by the Chinese military. “Wolf Warrior II” is the first Chinese film to gross more than $600 million at the Chinese box office and has a total domestic gross of $874 million.

Wu was reportedly questioned, and is required to pay more than 200 million yuan ($29.17 million) in overdue taxes.

Sun Li (Susan Sun), China’s “Queen of Television,” and her husband Deng Chao, also a famous actor, were reported to be among the 17 questioned actors and have paid 250 million yuan ($36.46 million) in overdue taxes.

In the second group are 150 actors, of whom 52 are top-tier stars. The third and fourth groups each contain 200 actors.

In the meantime, the authorities have issued updated standards for overdue tax calculations. In the past, studios were required to pay about 3.5 percent of their total income as tax. In the future, this rate will increase to 40 percent.

To pay overdue taxes, each studio needs to calculate their cumulative income over the past three years. Their taxable income is 70 percent of their total income, and a 40 percent tax rate will be applied.