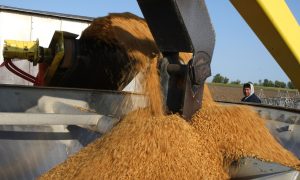 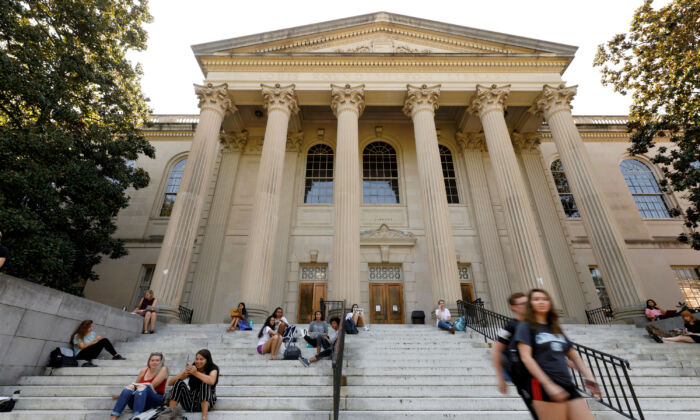 Students sit on the steps of Wilson Library on the campus of University of North Carolina at Chapel Hill, N.C., on Sept. 20, 2018. (Reuters/Jonathan Drake/File Photo)
US-China Relations

Chinese Regime Issues Warning to Students Wishing to Study in US, Amid Trade Tensions

As tensions between the United States and China escalate over the ongoing trade dispute and other issues, Beijing has issued a warning to students and academics wishing to study in the United States, pointing to an increase in visa restrictions and refusals.

The Ministry of Education, in a short statement on June 3, advised citizens to “strengthen their risk assessment” before studying abroad, citing a recent increase in U.S. visa delays, visas being restricted, visa durations being shortened, or outright refusals.

The warning comes as relations between the two countries have deteriorated since the United States accused the Chinese regime of backtracking on key trade commitments negotiated over months of talks, and prompted the U.S. administration to increase tariffs to 25 percent from 10 percent on $200 billion of Chinese goods. The Chinese regime imposed a retaliatory tariff hike on about $60 billion of U.S. goods.

Despite the ministry’s warning, Chinese state television cited ministry spokeswoman Xu Mei as saying that in spite of the trade tensions, the “general situation” for Chinese students going to the United States remains stable, and that U.S. institutes of higher education welcomed Chinese students and cooperation with China.

The ministry declined to offer any other details when contacted by Reuters.

China is the largest source of international students in the United States, with about 360,000 Chinese students currently studying in the country.

In 2018, the Trump administration took aim at the theft of intellectual property occurring at U.S. academic institutions and research laboratories.

In June 2018, the U.S. State Department started to increase scrutiny over visa applications from Chinese nationals studying in specific fields that the Chinese regime has targeted for development, such as robotics, aviation, and high-tech manufacturing. Under the new measures, some applicants may face additional screening and receive shortened visa durations.

The National Institutes of Health (NIH), the largest funder of biomedical research in the United States, sent a letter in August 2018 to more than 10,000 academic research institutions across the country warning about the threat of intellectual property theft and foreign interference, and asked for help in curbing “unacceptable breaches of trust and confidentiality.”

The program, which aims to lure foreign experts and scientists to work in China, has recruited at least 6,000 experts since 2008. It has drawn increased scrutiny by U.S. officials because of its role in the theft of U.S. intellectual property and other technology-related secrets.

The NIH has since started investigating agency-funded foreign scientists at more than 55 U.S. institutions, NIH Director Francis Collins told a U.S. Senate committee in April. Thus far, the investigations have led to the firing of three Asian researchers at a top cancer research center in Texas, and two Chinese Americans at Atlanta’s Emory University.

In recent years, U.S. federal authorities have prosecuted several cases of Chinese nationals, including those who have worked in U.S. academia, for allegedly stealing proprietary technology on behalf of Chinese entities.

In April 2018, a Chinese scientist was sentenced to more than 10 years in prison for conspiring to steal samples of genetically engineered rice seeds from a U.S. research facility, for use at a Chinese crop research institute.