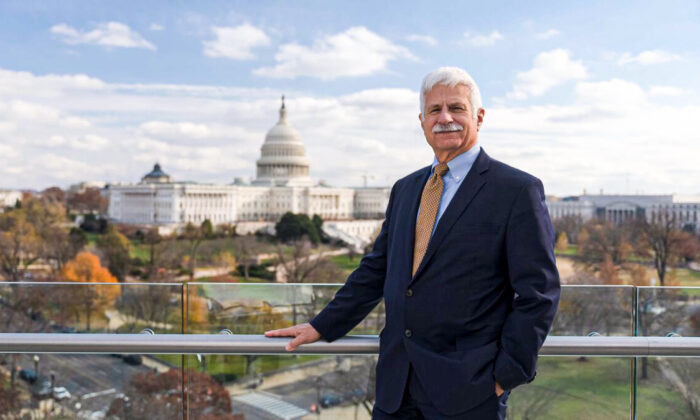 The Chinese Communist Party (CCP) is committing at least three genocides, which are aimed at eradicating Falun Gong adherents, Uyghurs, and Tibetans, according to a former senior State Department official.

“The people you’re dealing with in China are human traffickers. … They’re committing genocide against their own people,” Robert Destro, former assistant secretary of state for democracy, human rights, and labor, told EpochTV’s “American Thoughts Leaders” program on Dec. 8. “Genocide is more than killing … it’s the systematic destruction of a community.”

Destro said that while the Falun Gong spiritual group isn’t an ethnic community, the CCP has targeted its adherents with “systematic attempts to wipe them out, to disperse them, to force them underground,” which is considered to be genocide.

Falun Gong, also known as Falun Dafa, is a spiritual discipline involving meditative exercises and moral teaching based on three core principles: truthfulness, compassion, and forbearance. Practitioners have been brutally persecuted by China’s communist regime since 1999.

Falun Gong meditation was considered to be something that brought people closer to authentic Chinese culture, according to Destro. But in 1996 or 1997, the Chinese Ministry of State Security realized that the number of Falun Gong practitioners in China likely surpassed Party membership numbers, which prompted the persecution. According to estimates at the time, the practice had about 70 million to 100 million adherents in China by the end of the 1990s.

“In a totalitarian society like that, you can’t have a rival organization with a rival view of what China stands for … [it’s an] existential threat,” he said.

Destro, now a law professor at The Catholic University of America, said “there’s no question” that Falun Gong meets the definition of a religious community under U.S. law and that if adherents were persecuted in the United States such as they are in China, “everybody would be up in arms.”

The CCP’s systemic campaign of repression against Falun Gong practitioners has been labeled a “cold genocide” by experts because of the regime’s gradual and persistent efforts to annihilate the faith group over the past two decades. This term is used in contradistinction to a “hot genocide,” which aims to eliminate a group in a short period.

In 2006, allegations emerged of the CCP killing Falun Gong practitioners to sell their organs for transplant. Since then, numerous investigations have confirmed grisly details of this atrocity.

Destro said organ harvesting is a form of human trafficking and of organized crime. But if it’s done with the purpose of eradicating a certain community, then it becomes genocide.

The China Tribunal—an independent people’s tribunal chaired by Sir Geoffrey Nice—concluded in 2019 (pdf) that the Chinese regime has been committing forced organ harvesting from prisoners of conscience for years and on a substantial scale. The report stated that it was “certain” that the organs are being sourced from imprisoned Falun Gong adherents and that they’re “probably the principal source.”

On Dec. 9, an independent people’s tribunal, known as the Uyghur Tribunal, ruled that the Chinese regime has committed genocide against Uyghurs and other Muslim minorities in the far-west Xinjiang region.

The Uyghur Tribunal found that the CCP has implemented a “deliberate, systematic, and concerted policy” to lower the Uyghur population in the region through an array of repressive acts, including mass internment, family separation, sterilizations, and forced labor.

“It’s just mind-boggling when you look at the scope and depth of the human rights depravity that we’ve got going on there,” Destro said of the CCP’s campaign in Xinjiang.

According to Destro, Uyghurs will have a fate similar to Tibetans, whose culture has been consistently targeted by the Chinese regime for elimination. This is “part of the definition of genocide,” he said.

In 1950, the CCP took over Tibet—historically home to the Tibetan ethnic group with unique Buddhist traditions—and has since initiated a campaign to strip the region and its peoples of its unique cultural and religious heritage.

In an effort to eliminate Tibetan culture, the CCP has used population control, prohibited teaching children the Tibetan language, and attempted to take control of the training of Buddhist monks, as well as the succession and reincarnation of the Dalai Lama, according to Destro.

He said that the Western press hasn’t covered Tibetan human rights violations in a continuous manner, which is the reason why people often don’t hear about the issue.

Destro said when dealing with China, the Western world shouldn’t consider business separated from human rights, and nations should avoid buying products made with forced labor.

“American law currently forbids the importation of anything that’s made with slave labor,” he said. “Are we going to enforce that rule or not? If we’re not going to enforce it, then don’t tell me about diplomatic pressure on China. It’s complete window dressing at that point.”