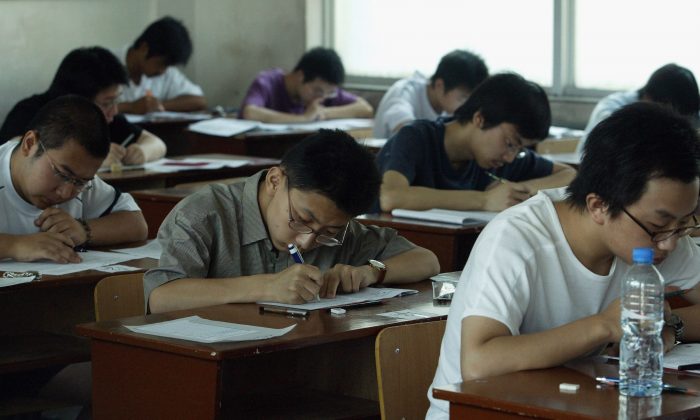 Yang Shaozheng, a famous economics professor at China’s Guizhou University, recently revealed that the university stopped paying his wages earlier in September. This comes after the university suspended him indefinitely in November 2017 for advocating constitutionalism and the rule of law to his students.

Yang’s comments were a public display of criticism toward the Chinese Communist Party that the school disapproved of.

This August, the school fired him. But according to Yang, the university must pay his wages because he is seriously ill.

According to China’s labor laws, while an employee is being treated for an illness or injury, he cannot be fired by his employer. Because the university suspended his pay, Yang no longer has medical insurance. “They want to kill me,” he said.

On Sept. 18, Yang told the Chinese edition of The Epoch Times that he was in Guangzhou a city of southeastern China when he found out that Guizhou University stopped paying his wages on Sept. 7. So he contacted the director of “stability maintenance office” of the Political and Legal Affairs Commission in Guizhou Province to seek for advice. That office is in charge of squashing dissent.

The director did not answer Yang, but instead escorted him back to Guiyang, the capital of Guizhou Province, where Yang is based.

The director later told Yang that Guizhou University stopped his salary because he was officially fired in August. Yang argues that is not the case, as he had just applied for a reinstatement of his position.

“According to the regulations, the university shouldn’t stop my salary when I have applied for a reinstatement,” Yang told The Epoch Times.

“They are pushing me to the point of death,” Yang said. “They cut off my financial resources, so I have no money to buy food. They cut off my medical insurance and social security, so I cannot visit a doctor. They don’t even allow me to leave the country.”

Before Yang went back to Guiyang, he tried to visit Hong Kong in August but was prevented from entering by the border inspection officials, who failed to show him any documents explaining why he could not travel abroad.

“They told me that Guizhou police didn’t allow me to leave China because I was interviewed by the overseas media, and I talked about reactionary topics online and in my classes,” Yang said.

Yang was born in 1969. He received his Ph.D. in Economics from Southwestern University of Finance and Economics. He later became a professor at Chongqing Technology and Business University. In 2006, he moved to Guiyang and worked for the School of Economics of Guizhou University.

As a famous economics professor, Yang published two books, and more than 20 articles in national magazines, which were reprinted by newspapers and economics websites. Yang also led several key research projects in the economic field, according to the Independent Chinese Pen Center.

Yang also commented, “If a political-party-controlled system doesn’t reform, the country won’t have a real market economy,” thought to be a criticism on China’s economic system.

On Nov. 23, 2017, Yang published an article on the website of the New York-based media NTD Television, where he discussed the huge tax burden for ordinary citizens who essentially pay for the salaries of the CCP’s bureaucrats.

Yang wrote that there are 20 million civil servants in China who are in the government, military, Party associations, state-owned enterprises, and research institutes. Every year, their wages and other related costs total about 20 trillion yuan ($2.92 trillion). That means on average, each Chinese citizen has to pay 15,000 yuan ($2,190).

In the article, Yang called on fellow economists from around China to look at how the CCP is directly affecting the economy by the way it spends money.  Yang mentioned in the article that he asked many fellow economists in China, but none of them have dared to research this subject together with him, citing fears that the Chinese authorities may come after them if they do not portray China in a positive light.

A previous version of this article misidentified the position of the Guizhou government official Yang Shaozheng contacted. The Epoch Times regrets the error.