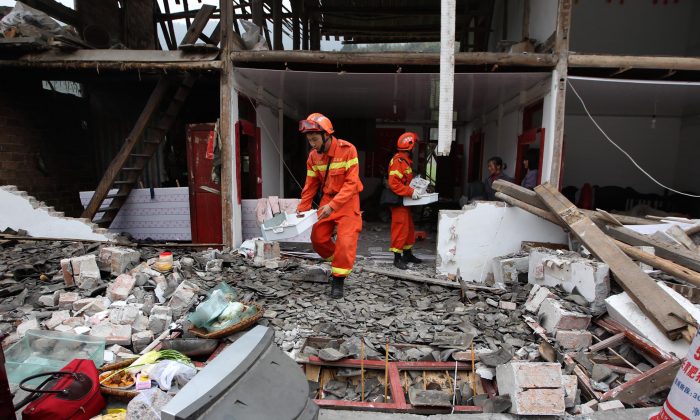 No matter how much politicians and Western observers want the Chinese economy to run on services and forget about manufacturing, we are a long way away from it.

Case in point: In order to keep GDP from collapsing entirely in the second quarter, Chinese state enterprises boosted overall fixed asset investment to 9.6 percent growth over the year while investment by private companies languished at 3.9 percent.

Private investment is the lowest it has been in decades and the divergence between state and private is also striking.

“State Owned Enterprises (SOE) continue to invest in the overcapacity industries, which suffer from slower growth in production,” writes the investment bank Natixis in a note.

Mining, steel, and oil are all sectors dominated by SOEs and ill-equipped for the current economic downturn.

“The commodity sectors in general experienced contraction in production, these are sectors that SOEs have invested heavily in,” writes Natixis.

The private sector can easier respond to changes in the economic landscape and has expanded production in new technology goods like electronic cars and robots.

Another outlet for the surge in new credit in the first quarter ($712 billion in newly created loans) was real estate. Construction is another classic outlet of state-directed stimulus, so real estate investment jumped 7 percent in May, the fastest rise in 14 months.

But it’s not only the banks which are lending to SOEs, the government is also directly involved in infrastructure spending. It has set a deficit target of 3 percent for 2016 and is on its way to meet it.

“State sector spending may remain strong for another couple of quarters as the delayed impact of earlier policy easing continues to feed through but it is likely to begin slowing by the end of this year. The continued deceleration of private sector investment means the risk is growing that as policy support wanes, the economy could face another downturn,” the research firm Capital Economics writes in a note.