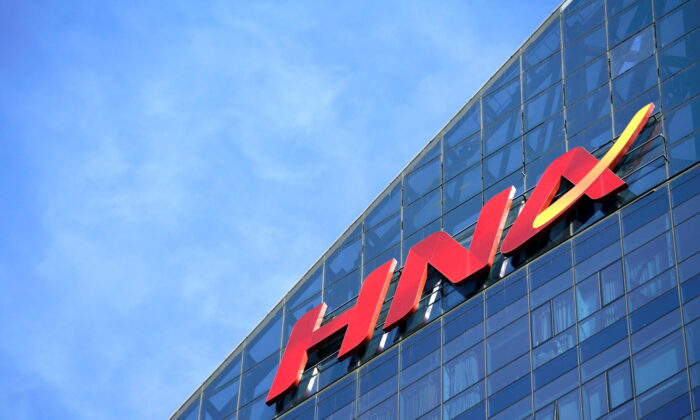 The HNA Group logo is seen on the building of HNA Plaza in Beijing, China, on Feb. 9, 2018. (Jason Lee/Reuters)
China Business & Economy

SHANGHAI—China’s HNA Group, once one of the country’s most acquisitive conglomerates, said on Friday that its chairman and its chief executive had been taken away by police due to suspected criminal offenses.

The company, which was placed in bankruptcy administration in February, said in a statement on its official WeChat account it had been notified by police in its home province of Hainan, southern China, that Chairman Chen Feng and CEO Tan Xiangdong had been taken.

“The operations of HNA Group and its member companies are stable and orderly, and the bankruptcy and restructuring work is progressing smoothly according to the law,” the company said.

A separate HNA statement on Friday said the company’s Communist Party members were informed in a meeting that police had taken away Chen and Tan. Attendees were urged to strengthen the party’s leadership in HNA.

In the 2010s HNA Group, whose flagship business is carrier Hainan Airlines, used a $50 billion global acquisition spree, mainly fueled by debt, to build an empire with stakes in businesses from Deutsche Bank to Hilton Worldwide.

But its spending drew scrutiny from the Chinese communist regime and overseas regulators. As concerns grew over its mounting debts, it sold assets such as airport services company Swissport and electronics distributors Ingram Micro to focus on its airline and tourism businesses.

In early 2020, after the COVID-19 pandemic paralyzed travel demand, the Hainan authorities sent in a work group to HNA to help resolve its liquidity problems.

Last week HNA said it would be reorganized into four independently operated sections, including ones for aviation and financial, and that all equity held by its old shareholders would be wiped out after the reorganisation.

Chen, 68, became HNA’s sole chairman in 2018 when his co-founder and then co-chairman Wang Jian died in France in what local police said appeared to be an accidental fall from a wall while posing for a photograph.

Hainan Airlines said in a filing to the Shanghai Stock Exchange earlier on Friday that trading in its shares would be halted on Monday, as participants in its restructuring meet for discussions, and would resume on Tuesday.

The stock is up 48 percent year-to-date.

Chinese stocks have been rattled in recent weeks by concerns over the financial health of property developer China Evergrande Group, a collapse of which could send shockwaves through China’s economy and beyond.