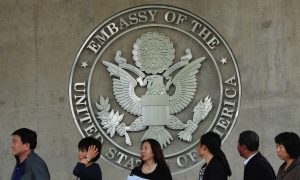 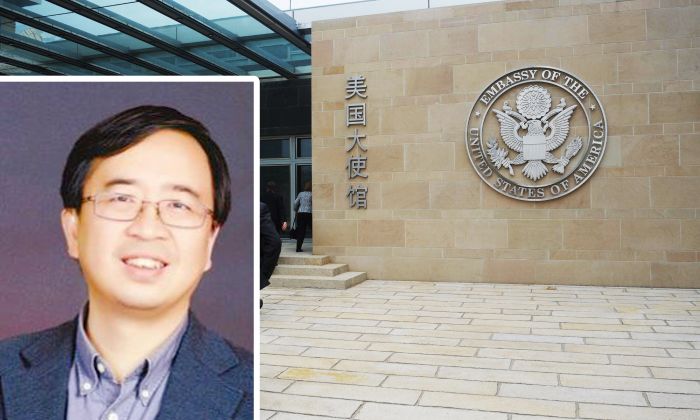 Pan Jianwei, a Chinese quantum physicist who was part of a research team to win a top science prize, was denied a travel visa to attend the award ceremony held in the United States.

Chinese state-run broadcaster CGTN first reported on Feb. 16 that Pan’s U.S. visa application was under “administrative processing,” preventing Pan from receiving the Newcomb Cleveland Prize at a ceremony held in Washington on Feb. 14.

While it’s unclear why the U.S. authorities did not grant him the visa, Pan was recruited under Beijing’s “Thousand Talents Plan,” a state-run program designed to attract mostly ethnic Chinese scientists and engineers in the West to take up lucrative jobs in China. The program has been criticized by the U.S. administration as a project to encourage overseas Chinese to transfer technologies beneficial to China’s national interests.

The Newcomb Cleveland Prize was established in 1923, and is the oldest prize awarded by the American Association for the Advancement of Science (AAAS), according to the organization’s website. The prize is given annually to authors of outstanding scientific papers published in Science magazine, a peer-reviewed academic journal published by AAAS. The winner receives a $25,000 prize.

The 2018 Newcomb Cleveland Prize was granted to a team of 34 Chinese physicists, including Pan, from various institutions—the first time scientists from China won the prize in its 95-year history.

The winning paper was published in Science on Jun. 16, 2017. The research team sent photon pairs through a near-vacuum of space, and received the pairs 1,203 kilometers (747.5 miles) away successfully by using a satellite, making inroads toward establishing the infrastructure for a next-generation quantum internet. Photon is a type of quantum particle.

“Secure communication is of crucial importance in the modern world,” Jeremy Berg, editor-in-chief of Science and chair of the Newcomb Cleveland Prize Selection Committee said in an AAAS report on Jan. 31. Berg said the methods of using quantum entanglement for a secure communication were first raised by Albert Einstein in 1935.

Pan Jianwei, 48, was a leading physicist in the research. He is a professor at the University of Science and Technology of China (USTC) in Hefei City of eastern China’s Anhui Province.

Pan was also one of the first people recruited under the Thousand Talents Plan, according to a 2011 article on USTC’s official website.

This program, first launched in 2008, is managed by the Chinese Communist Party’s Organization Department, which controls staffing positions within the Party and is hence one of the most powerful agencies.

According to his online personal resume, Pan received a master’s degree in physics from USTC in 1995, then went to Austria to earn his Ph.D. at University of Vienna the following year. His teacher was Anton Zeilinger, one of the world’s greatest living quantum physicists.

USTC hired Pan as a professor in 2001. Despite the position, he stayed in Europe and worked for professor Jörg Schmiedmayer, an atomic and quantum physicist at Heidelberg University, until 2008.

After he returned to China in 2008, Pan was named an academician at the state-run Academy of Sciences in 2011. The Academy recommended him as a Thousand Talents Plan recruit.

In December 2013, he was appointed vice president of USTC.

The Plan has been criticized by U.S. authorities as a method of Beijing’s intellectual property (IP) theft.

“The Thousand Talents Program offers competitive salaries, state-of-the-art research facilities, and honorific titles, luring both Chinese overseas talent and foreign experts alike to bring their knowledge and experience to China, even if that means stealing proprietary information or violating export controls to do so,” Bill Priesta, the assistant director of the FBI Counterintelligence Division, told U.S. lawmakers at a Congressional hearing on Dec. 12, 2018.

This is not the first time that U.S. authorities have restricted Chinese scholars; as part of President Donald Trump’s efforts to stymie IP theft, since June last year, the U.S. Department of State has limited the duration of visas for Chinese graduate students, studying in fields targeted by Beijing for aggressive development such as aviation, robotics, and advanced manufacturing, to one year.

U.S. higher education officials had Science Magazine in a June 2018 report that the new restrictions would make it more difficult for Chinese students in those fields to attend international conferences and collaborate with scientists abroad.

About a month later, reports emerged that Rao Yi, a neuroscientist and dean of the Peking University School of Life Sciences, was denied a visa to attend a workshop in the United States. Rao had studied and worked in the United States for over two decades, but returned to China in 2007.