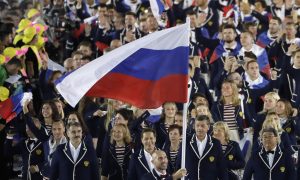 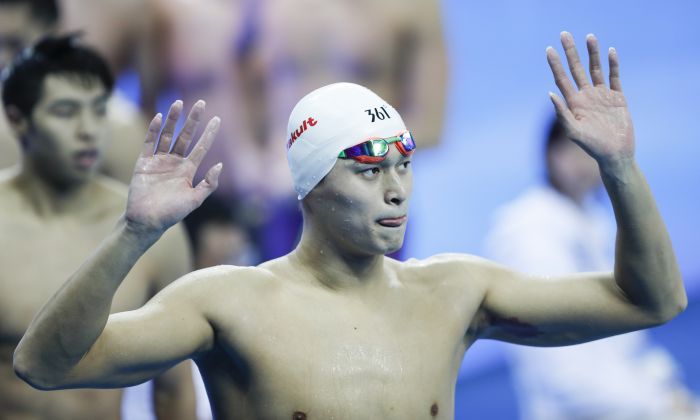 Sun Yang, the first male swimmer to win an Olympic gold medal in swimming for China, said through his lawyer that he may sue British newspaper The Sunday Times after it reported Jan. 27 that he destroyed his drug test results in September 2018.

He now faces a lifelong ban from competing, according to the newspaper.

Sun won gold during the London Olympic games in the 400-meter and 1500-meter freestyle events. He was named a hero by the Chinese regime.

The Sunday Times’ report gave explosive details about an incident on Sept. 4, 2018, when three testers from the International Doping Tests & Management (IDTM), a drug testing service for athletes, visited Sun at his home in Zhejiang Province and tried to sample his blood and urine. Sun’s team kept testers waiting for an hour, and then questioned their authority. Sun ultimately only gave his blood samples, but not before his bodyguard smashed the vials with a hammer. Sun then tore up documents the testers had brought. The testers left his home four hours later empty-handed.

According to The Sunday Times, the testers reported the incident to the International Swimming Federation (FINA) and the World Anti-Doping Agency (WADA).

On Jan. 3, FINA determined that Sun had not violated anti-doping codes.

Zhang Qizhun, Sun’s lawyer who works for the Beijing Lanpeng Law Firm, published a statement on Jan. 27 in response to The Sunday Times’ report.

In the statement, Zhang confirmed that three IDTM employees visited Sun on the evening of Sept. 4, 2018.

Zhang also confirmed that FINA organized a hearing on Nov. 19, 2018, in Lausanne, Switzerland, in response to the IDTM employees’ report. Sun, representatives of IDTM, and Zhang attended the hearing.

Zhang claimed that since the contents of the hearing were confidential, The Sunday Times had unfairly violated Sun’s privacy and damaged his reputation by recounting details from the meeting. For example, the story quoted a panel of doping lawyers present at the hearing as saying that Sun had made a “huge and foolish gamble” out of his “entire athletic career.”

Chinese state-run newspaper Global Times and other Chinese media quoted Sun on Jan. 27 as justifying his actions by saying that the testers failed to produce proper licenses when they arrived at his home.

The WADA plans to bring this case to the Court of Arbitration for Sport after FINA made the decision regarding Sun on Jan. 3.

Sun, 27, built a successful career in freestyle swimming, but his reputation is marred by his history of doping.

On Nov. 24, 2014, the China Anti-doping Agency reported to WADA that Sun had tested positive for a banned stimulant called trimetazidine in May 2014. He was banned from competing for three months.

After the ban ended, Sun attended the Incheon Asian Games in September, in which Sun won three gold medals.

In this case, Sun claimed that he was diagnosed with heart palpitations in 2008, and his doctor had given him trimetazidine to treat the condition. He also claimed he did not know the WADA had banned trimetazidine in January 2014.

At the same time, the China Anti-doping Agency did not give an explanation as to why it had not reported the case on time—it only disclosed the testing result months after the fact.

At the Rio Olympics in 2016, Australian swimmer Mack Horton called Sun a “drug cheat” on the first day of competition.

Sun denied the allegations, but told media that Cornel Marculescu, the FINA executive chairman, “is a very good friend of Chinese swim team and he actually watched me like a grandfather” after he won the 200-meter freestyle in Rio.

Richard Ings, the former Australian anti-doping boss, asked for the findings regarding Sun’s actions last September to be made public.

News.com.au quoted Ings on Jan. 28: “Given that this matter is receiving wall to wall coverage in global sports media and given the high profile nature of the athlete involved, I think it’s prudent for the recent decision of the final panel to be made public.”

Sun had previously announced that the Tokyo Olympics in 2020 would be his last competition.