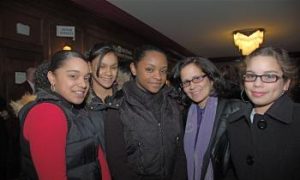 Good wishes for the Year of the Snake. The snake pattern symbolizes good fortune, the fireworks represent wishes for peace, and the fish stands for abundance. (S. M. Yang/The Epoch Times)
China

While saying farewell to the celestial dragon, we welcome the intelligent snake. Chinese New Year in 2013 falls on Sunday, Feb. 10— it is the Year of the Snake.

Chinese New Year, also known as the Spring Festival, starts on the first day of the first Chinese month (and ends with the Lantern Festival, which is on the 15th day) and is the most important festival for the Chinese people).

The Chinese New Year is celebrated by eating special New Year food, setting off fireworks, visiting friends and relatives, delivering red packages as good wishes, and hanging lanterns. Many Chinese people regard 2013 as a good year because it is right after the auspicious Year of the Dragon.

The Chinese calendar differs from the Western (Gregorian) calendar so the beginning of the Chinese New Year falls on a different day every year, with dates ranging between late January and late February. The Chinese zodiac is a rotating cycle of 12 years, with each year being represented by an animal.

Characteristics of the Snake

People born in the Year of Snake share certain characteristics: intelligent, cute, charming, aware, elegant, mysterious, cunning, and passionate. They may also be proud, vain, vicious. It is said that they are great mediators and good at doing business, which is fortunate, since snakes place a lot of weight on the finer things in life.

At home, snakes prefer quiet and relaxing environments and prefer subdued colors and good decor. In love, the snake has high standards for romantic partners and places a weight on intellect and personality. Physically, a snake is beautiful and alluring, but prefers to be the pursuer in any romantic situation. Once she is settled, she may become possessive and aloof, but with a patient and calming partner, a happy union is possible.

Snakes in a Snake Year

In this year of Water Snake, snakes can expect to achieve some longstanding career goals with hard work and perseverance.

Snake qualities, both positive and negative, will be magnified in this year, so it is essential to keep balanced and take extra care in your health.

The same applies in romance. Your natural charms are more potent than ever, so control yourself in this area. Keep a level head and proceed carefully with any potential partner.

Please read more about the characteristics of the people born under this Chinese zodiac sign in a subsequent article “What Chinese say about people born in the Year of the Snake.”

With the arrival of the Year of the Snake, many people will post a variety of New Year wishes. The most popular ones are “Keep good health in 2013” and “Gathering with family in 2013,” among others.