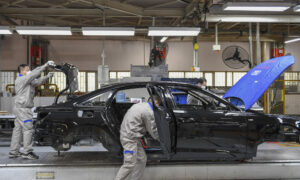 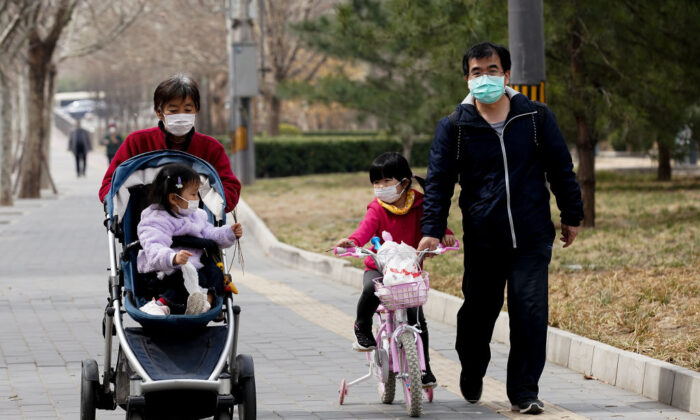 A Chinese family wearing a protective facemask at a park in Beijing, China, on March 19, 2020. (Lintao Zhang/Getty Images)
CCP Virus

Chinese netizens are seething in anger after Chinese authorities announced the results of an investigation into the case of whistleblower doctor Li Wenliang.

Li, an ophthalmologist, was one of eight whistleblowers who first publicized about an “unknown pneumonia” outbreak on Chinese social media in December 2019. After the online post went viral, he was summoned to the local Zhongnan Road police station on Jan. 3 and reprimanded for “rumor-mongering.”

Li was also forced to sign a “confession statement,” in which he agreed that he won’t commit any further “unlawful acts.”

He eventually contracted the Chinese Communist Party (CCP) virus while unknowingly treating a patient infected with the virus. After testing positive himself on Feb. 1, he died six days later.

On the same day that Li died, China’s National Supervisory Commission, a Party anti-corruption body, announced that it would send an investigation team to Wuhan, to conduct a “full investigation” into how authorities treated Li.

The investigation team suggested that the “confession statement” that Li signed be withdrawn and the local security bureau should hold “relevant personnel accountable.”

In its first online post, the public security bureau announced it had withdrawn the “confession statement” and issued a “solemn apology” to Li’s family.

In the second post, the bureau announced that two police officers at the Zhongnan Road police station had been punished. Yang Li, the police station’s deputy head, was given an “administrative demerit” for dereliction of duty.

Officer Hu Guifang was given an “administrative warning” for “irregular law enforcement.”

Many Chinese netizens took to the Weibo account to express their anger and frustration over the bureau’s decision to punish Yang and Hu. Many said Hu was only following orders and he was being punished as a scapegoat.

A netizen from China’s megacity of Chongqing wrote, “Should these two police officers be the ones held accountable? What about their superiors who gave out the order [to silence Li]?”

Another netizen from Shanghai wrote: “Corrupt officials pass the blame to grassroots-level police officers. This is real corruption.”

Others have taken to Li’s personal Weibo account, leaving comments on his last social media post published on Feb. 1, when he wrote that he had tested positive for the virus.

Many took to his Weibo post to express their gratitude for Li exposing the outbreak to the public.

Some netizens also expressed that they were unhappy with the investigation outcome.

One netizen from Tianjin city wrote: “Dr. Li, we are not satisfied with the investigation results. But there is nothing we can do. We had long expected this outcome.”

At the time of writing, Chinese authorities began censoring online discussion about the investigation outcome, with many online comments being deleted.