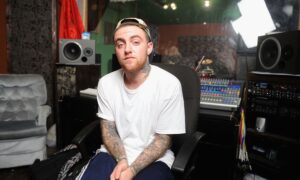 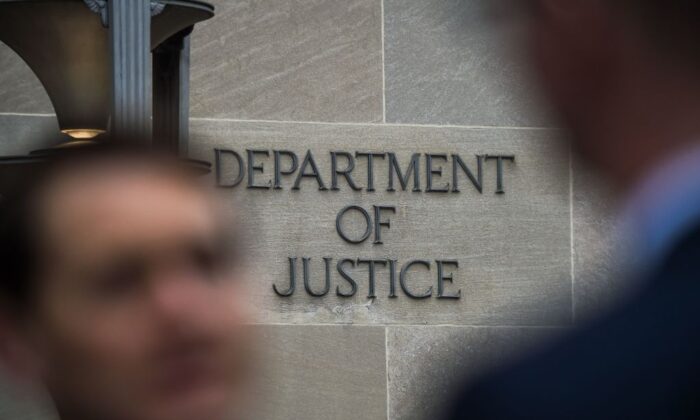 Chinese Nationals Arrested for Trafficking Fentanyl Into US

NEW YORK—Three Chinese nationals were charged last week with importing and distributing fentanyl as part of an international drug operation they ran with other distributors, including a former county deputy sheriff in Pennsylvania, U.S. authorities said.

Five individuals from Illinois, Ohio, Georgia, and Tennessee later overdosed and died as a result of the defendants’ distribution of the drug.

The charges, experts told The Epoch Times, are the latest sign that the Chinese Communist Party is using the trafficking and production of fentanyl, a synthetic opioid, as part of an organized strategy and form of drug warfare.

Last year alone, synthetic opioids such as fentanyl caused the deaths of more than 32,000 Americans.

The three defendants—Deyao Chen, Guichun Chen, and Liangtu Pan—allegedly ran websites located in China to sell a variety of controlled substances such as “furanyl fentanyl, U-47700, and methoxyacetyl fentanyl,” from April 2016 through March 2017. The men used the alias “Alex” when running the websites, according to the indictment.

Furanyl fentanyl and methoxyacetyl fentanyl are fentanyl analogs—products similar to fentanyl that are also simple to make. U-47700 is another potent synthetic opioid.

China has been identified as the largest and primary source of illicit fentanyl and fentanyl analogs entering the United States, according to government commissions, law enforcement, and testimony from U.S. Immigration and Customs Enforcement. Almost 70 percent of fentanyl seized by Customs and Border Protection (CBP) last year arrived via international mail—much of it originating from China and delivered mostly by air, according to testimony from nonprofit think tank Rand Corp.

Customers on the defendants’ website who sought to make purchases were directed to different websites to pay for their orders. The three men were charged with “conspiracy to import controlled substances (one count); conspiracy to distribute controlled substances (one count); and distribution of furanyl fentanyl, U-47700, and methoxyacetyl fentanyl (62 counts).”

In the span of less than a year, Landis mailed “approximately 2,900 packages of controlled substances” to customers, on behalf of the defendants. Landis, who pleaded guilty, is awaiting sentencing.

“Make no mistake: China is waging an undeclared war on our country and our American way of life, with deadly drugs serving as its weapon of choice,” said U.S. Attorney William M. McSwain in a statement. “China is supplying the United States with the most potent and deadly fentanyl and other synthetic opioids on the market today.”

The defendants, if convicted, face a potential sentence of life in prison.

Fentanyl is made in a lab with chemicals and is cheap to produce. According to the Heritage Foundation, the profit margin is huge: a $3,000 investment can return $1.5 million in earnings. Chinese labs manufacture fentanyl or fentanyl precursors, chemicals used to create the drug. Two commonly used fentanyl precursors are chemicals called NPP and 4-ANPP.

Jeff Nyquist, an author and researcher of Chinese and Russian strategy, said corruption is the “overriding element” governing why Beijing is engaging in drug warfare. He told The Epoch Times that the fentanyl trafficking ultimately leads to the infiltration of the United States.

“Poisoning people with drugs is not the No. 1 reason, according to communist sources. They do it because it causes a lot of money to be generated—illegal money which then can be used to bribe,” he said in a phone call.

“What is it to China if a bunch of kids do drugs? They are not going to get as much out of it as they do when they get a bank dirty or they get sheriffs, counterintelligence, law enforcement, judges, and politicians dirty.”

Drug warfare is a strategy used by China and mentioned in the 1999 book, “Unrestricted Warfare,” which was authored by two Chinese air force colonels, Qiao Liang, and Wang Xiangsui, and published by the People’s Liberation Army.

New drugs will always cycle through, Nyquist added, describing fentanyl as “the new bad boy on the block,” due to the fact that opioids are becoming less expensive, more accessible, and more dangerous. He said the potency of the drug strengthens the corruption element and adds motivation for participants not to be discovered and to continue the corruption.

“The more hard and dangerous the drug, the more society frowns on the person taking corruption over it and the more solid the hold over that person can be,” Nyquist said. “What kind of mayor, or whoever it may be, takes money from drug trafficking, knowing that the children of his community are going to be killed, or harmed? That’s pretty evil.”

China has publicly denied being the source of the fentanyl entering the United States. Liu Yuejin, vice-commissioner of the China National Narcotics Control Commission, told reporters last month that Beijing started going after illicit fentanyl production, according to state-controlled media. President Donald Trump has accused Chinese leader Xi Jinping of not doing enough to halt the flow of fentanyl into the United States.

The recent indictment fits an “ongoing and somewhat sinister pattern of behavior coming out of China,” according to Dr. Robert J. Bunker, an adjunct research professor at the U.S. Army War College Strategic Studies Institute.

“Time and again over the years, we have witnessed bath salts and now fentanyl (along with its precursors) being sold directly via Chinese websites for distribution to the U.S.,” Bunker told The Epoch Times. “It’s an epidemic at this point, with very little being done by the CCP [Chinese Communist Party] regime about it.”

“When combined with the bulk sales of methamphetamine precursors to the Mexican cartels, whose finished product is also then trafficked to the U.S., it does suggest that we are indeed being subjected to a low-risk and oblique policy of drug warfare,” he said. “It represents an additional bonus to the profits being made from the initial sales.”

In October 2017, U.S. authorities for the first time indicted a Chinese national for conspiracy to distribute large quantities of fentanyl, fentanyl analogs, and other deadly chemicals into the United States. In April 2018, four Chinese nationals were charged with international money laundering conspiracy relating to opioid and fentanyl trafficking, while in August last year, two Chinese citizens were charged with conspiracy to manufacture and ship deadly fentanyl analogs and other drugs to the United States and other countries.

The United States has found no “substantive curtailment” of fentanyl flows from China to America. The flows persist largely because of “weak regulations governing pharmaceutical and chemical production in China,” a November 2018 report by the U.S.-China Economic and Security Review Commission stated.

One of the reasons why the Chinese Communist Party is able to continue its behavior is because the regime has instituted a “globalized propaganda initiative” in coordination with its overseas “United Front” work and related subversive activities to achieve its strategic objectives, according to Bunker. Citing the recent NBA controversy, he said the regime is increasingly threatening entities that voice criticism by cutting off revenue links.

“Little wonder then that more and more entities—even newspapers and television stations—would not want to risk the regime’s fury by reporting on Chinese linkages to fentanyl trafficking to the U.S.,” he said.

There could be many more operations similar to the one involving the three Chinese nationals, Nyquist warned. He said the Chinese Communist Party ultimately wants control.

“The only question is for every case that we do see in the news, how many are unseen? How many counties are we not finding anyone getting caught? How pervasive is it? We don’t exactly know. With corruption, it can look like you have no problem when you have the worst problem of all.”

In August, law enforcement seized 30 kilograms (around 66 pounds) of fentanyl as part of one operation. One of the suspects in Virginia had ordered the fentanyl from a vendor in Shanghai. The amount of fentanyl seized was enough to kill over 14 million people, according to Zachary Terwilliger, the U.S. Attorney for the Eastern District of Virginia.

In the same month, the Mexican navy found 52,000 pounds of fentanyl powder in a container from a Danish ship that arrived from Shanghai.

Pharmaceutical fentanyl, however, has been approved for treating severe pain for conditions such as late-stage cancer and is prescribed by doctors typically through transdermal patches or lozenges. The drug should only be prescribed by doctors experienced in treating pain in cancer patients, according to Medline Plus, an online site by the United States National Library of Medicine. The drug may become addictive, especially with prolonged use.

China’s fentanyl trafficking is just one of a “growing number of ‘gray-zone’ warfare activities” directed at the United States, Bunker said. He noted the recent releases of Beijing propaganda films such as “Wolf Warrior II” and “Operation Red Sea,” as well as the establishment of Confucius Institutes on U.S. soil.