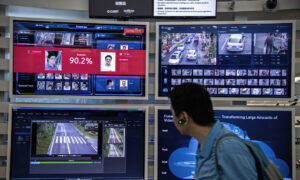 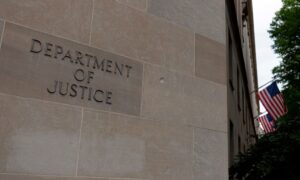 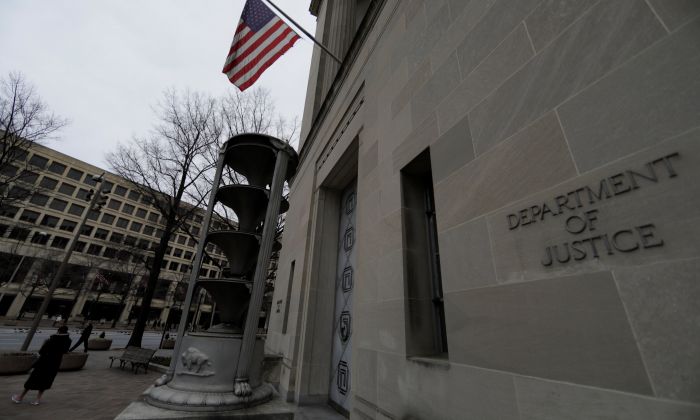 The Department of Justice building is seen in Washington on Feb. 1, 2018. (Jim Bourg/Reuters)
US News

A federal grand jury has indicted a Chinese national in California for allegedly participating in a $23.8 million scheme to manufacture and sell Chinese counterfeit products on eBay and Amazon, the Justice Department announced on Dec. 19.

Cai Zhoulin, also known as Allen Cai, was arrested on Dec. 19 at his residence in Los Angeles. The three-count indictment accuses Cai of trafficking and selling counterfeit laptop batteries that may pose significant safety risks.

The charges against Cai include trafficking counterfeit goods and labels, committing wire fraud and mail fraud, and conspiracy to engage in money laundering. If convicted of all charges, Cai could be sentenced to 50 years in federal prison.

According to the indictment, the 28-year-old Cai had worked for a China-based company called Shenzhen Theseus Technology Co. Ltd., before moving to Los Angeles County in 2012. The company, which was owned and operated by Cai’s relatives, manufactured fake lithium-ion batteries, including those designed for laptops.

Cai and co-conspirators would export the batteries to the United States from China, and re-sell them as “new, genuine, original” brand-name products, using counterfeit trademarks of companies such as Apple, Dell, HP, and Toshiba, according to the court document. The items also bore counterfeit certification marks of UL, a company that tests and certifies the safety of electronic products.

Fake lithium-ion laptop batteries can overheat, cause fires, or even explosions, the Justice Department stated.

To make the shipment less conspicuous and thus evade customs inspections, Cai and co-conspirators would occasionally cover trademarks with black tape, or ship the brand labels separately from the products before adding the logos at Cai’s warehouse in La Puente, California, the court document said.

An eBay spokesperson told The Epoch Times in an email that anti-counterfeiting is “an area we continue to invest heavily in,” adding that the company has partnered with “rights owners, law enforcement and government officials to ensure a safe shopping experience.”

Some buyers returned the batteries to Cai’s warehouse and asked for a refund upon finding the laptop batteries to be fake, according to the indictment.

M.O., one of the victims of the scheme, complained that a fake Toshiba battery caused a laptop to emit smoke and almost catch fire. The incident damaged the laptop’s charging port, the indictment said.

“Counterfeit goods are not manufactured with the same care as legitimate products backed by well-known companies and their highly developed intellectual property,” Tracy Wilkison, first assistant U.S. attorney, said in a statement.

Mark Zito, acting special agent in charge for Homeland Security Investigations Los Angeles, said the conspirators, rather than consumers, “are the ones who may pay the steep price.”

“These fakes have no place in a fair, legitimate marketplace,” he said.

Cai and others received about $23.8 million from the sale of such batteries, a vast majority of which was sent to Chinese banks through wire transfers, the indictment said. Prosecutors said Cai himself had used the proceeds for personal expenses such as rent, mortgage payments, and monthly lease of a Maserati sports car.

The prosecutors will seek to confiscate Cai’s property in Rancho Cucamonga, California, as well as his rights in any other properties derived from the illegal proceeds in the event of a conviction.

On Dec. 19, another Chinese national residing in California pleaded guilty to federal mail fraud charges relating to the sale of counterfeit goods.

Xu Xiaoying, 34, admitted to having defrauded customers by selling fake Pandora jewelry and Ray-Ban sunglasses. The total value of the products amounted to more than $2.32 million, prosecutors said.

From about August 2016 to April 2019, Xu and partners imported fake goods from Hong Kong and China to her residence and offices in El Monte and Alhambra, California, where she repackaged them for sale.

Xu faces a maximum of 25 years in jail for conspiracy and mail fraud. Sentencing is set for March 2020.