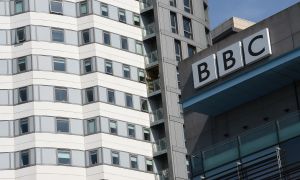 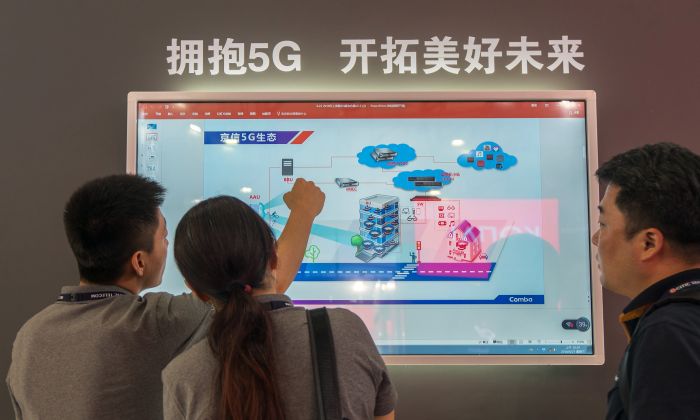 Chinese authorities released 5G licenses to four state-run companies on June 6. Three of them are existing mobile carriers, but none are using the Chinese telecom giant Huawei for their 5G core networks.

The Chinese regime has supported Huawei in its development of 5G technology, priming it to dominate global market share.

But in the West, mobile operators are increasingly wary of Huawei due to security concerns that the company’s products could be exploited by Beijing for espionage purposes.

India’s Department of Telecommunications said in September last year that it excluded Huawei from its 5G trials. But recently, the country’s telecom minister Ravi Shankar Prasad said the government had not yet made a final decision on whether to use the company’s 5G equipment.

Japanese mobile carrier SoftBank recently announced that it has officially excluded its long-time supplier Huawei, and chose Nokia and Ericsson for its 5G networks instead. Another Japanese carrier, Rakuten Mobile, chose NEC, a domestic company, as its 5G supplier.

Even China’s own carriers have sidestepped Huawei.

The state-run China Mobile, China Telecom, and China Unicom plan to use Ericsson and Nokia for their core 5G networks.

The fourth company, China Radio and Television Network, is a state-run private cable network provider and currently does not offer any mobile services. It is unclear why it was granted a 5G license. Neither the company nor the Chinese regime has offered an explanation.

All three also do not use Huawei products in their current 4G core networks.

As early as July 2018, China Mobile signed a 1 billion euro ($1.13 billion)-valued frame agreement with Finnish telecom manufacturer Nokia to upgrade its current telecom networks for a 5G rollout, to be completed within one year.

In November 2018, Nokia signed three separate frame agreements with the three Chinese mobile carriers, valued at more than 2 billion euros ($2.27 billion), Chinese media reported. With these agreements, Nokia would supply services to improve the performance of the carriers’ current networks, as well as upgrading the system into 5G.

That same month, Swedish telecom manufacturer Ericsson signed agreements with the three mobile carriers to provide similar services. But none of the companies announced the value of the agreements.

Why all three of China’s mobile operators don’t use domestic companies like Huawei in their 5G core networks has become a hot topic among Chinese media and netizens. The three carriers have not commented publicly on this subject, but media analyses have posited two reasons.

But the market exchange claim does not seem to be valid.

In Finland, Nokia’s home country, local telecom firm Telia announced that it would use Nokia to roll out 5G in March, while its local rival Elisa said it would use Huawei for 5G, since it has supplied its 4G networks, back in December 2018.

After U.S. authorities added Huawei onto its entity list in May—effectively banning it from doing business with U.S. firms—the Finnish government expressed its concerns, while some local telecom firms said it may drop new models of Huawei smartphones from their lineup. Huawei smartphones run on the Google-developed Android operating systems; Google has said it would suspend its business with the Chinese firm in order to comply with the ban.

Meanwhile, Ericsson has a big 5G market share in its home country.

Net4Mobility, a joint-venture of Sweden’s second and third largest mobile operators Tele2 and Telenor, has used Huawei for its 4G networks, but has not announced whose equipment it will use for 5G.

The Swedish government also expressed its concerns about telecom network securities in March, after U.S. authorities raised the alarm that Huawei could be exploited by Beijing for spying, Reuters reported on March 13.

On June 6, the initial results were publicized.

Reuters quoted Ian Levy, technical director of Britain’s National Cyber Security Center, as saying: “What we have learnt as a result of that, the security [of Huawei’s system] is objectively worse, and we need to cope with that.”

He continued: “Huawei as a company builds stuff very differently to their Western counterparts. Part of that is because of how quickly they’ve grown up, part of it could be cultural—who knows.”

Levy concluded: “Certainly nothing [from Huawei] is perfect, certainly Huawei is shoddy.”

Beijing then reported the weaknesses to the British testers, to “ensure Nokia and Ericsson’s equipment is found to be insecure.”

This article has been updated to include the Indian government’s latest remarks on Huawei and 5G.