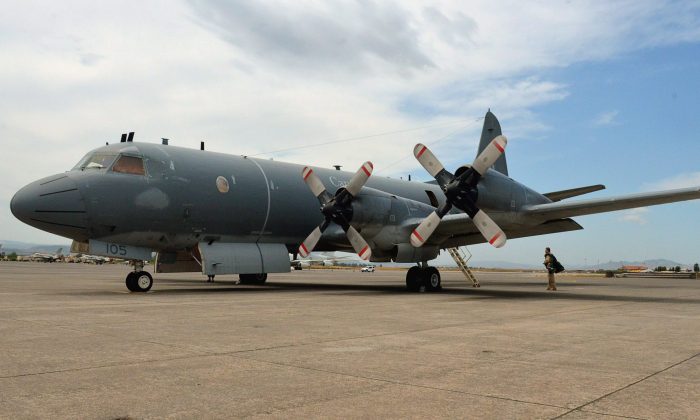 A Canadian CP-140 Aurora on the tarmac at the Italian naval air station in Sigonella, Italy in this file photo. This same type of plane was treated in an inappropriate manner by Chinese military in October near North Korea. (The Canadian Press/Murray Brewster)
Canada

A Canadian military plane was harassed in international skies off North Korea by the Chinese military in October, according to Canada’s Chief of Defense Staff General Jonathan Vance.

In an interview with CBC, Vance called it “a pattern of behaviour that’s inappropriate.”

In a statement, Canada’s Department of National Defense (DND) told The Epoch Times that the Canadian Armed Forces had deployed a CP-140 Aurora under Op PROJECTION Asia-Pacific to help monitor and enforce the U.N. Resolutions 2375 and 2397 (against North Korea for nuclear and ballistic missile testing) in October.

Canada is working with its partners in the region to pinpoint those who are evading sanctions by maritime smuggling, particularly through ship-to-ship transfers.

“While conducting these maritime sanction evasion air operations, the CAF has, on occasion, interacted with the Chinese Air Force operating in international air space in this area,” according to DND.

This particular incident took place well before tensions between China and Canada and China and the United States heated up with the arrest of Huawei CFO Meng Wanzhou in Vancouver on Dec. 1.

Since the arrest, three Canadians have been detained in China.

China has threatened Canada over the arrest. The two countries have been trying to work toward a free trade agreement.