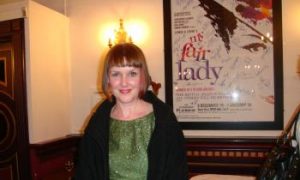 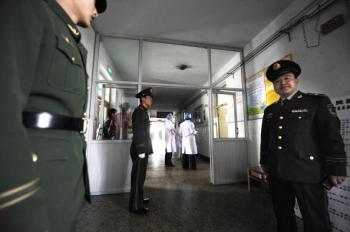 Epoch Times Staff
View profile
Follow
biggersmaller
Print
The rescue of 115 trapped miners from a flooded mine in China’s Shanxi Province has been hailed as a “miracle” by Chinese media. However, speculation has been rampant on the Internet that some officials may have staged this “hugely successful” rescue operation.

In addition, authorities still have not released a complete name list of survivors, leaving many miners’ families wondering who those 115 survivors are.

Chinese authorities reported on April 12 that 35 workers were found dead in the unfinished flooded Wangjialing Coal Mine with three still missing. Most world media reported quotes from Xinhua, China’s official media agency and mouthpiece of the Chinese regime. Reuters wrote in an April 6 report, “The high number of survivors was rare good news for China's perilous mining industry, the deadliest in the world with thousands killed every year. …”

Cover-ups and media control by the Chinese communist regime are common practice during and after disasters and other public incidents which might prompt questions regarding the competence of government officials. Because this mine disaster affected high officials, such as the governor of Shanxi Province and the State Administration for Safety Supervision, speculation has been widespread online that some officials may have directed or staged this rescue operation.

Radio France Internationale published an article on April 7 titled: “Foreign Media Accuse China Central Television (CCTV) of Staging the Wangjialing Rescue Operation.” It stated that Melissak Chan, a correspondent for the Arabic-language news network Al Jazeera, was on site at the Wangjialing Mine on April 5, reporting on the mine rescue operation.

In a Twitter, Chan wrote that the disaster site was so heavily guarded, it was impossible for anyone to get near it. At noon on April 5, when CCTV was filming live, they asked the rescue team to pose as the background. The rescue team entered the mine, and CCTV then filmed a scene of them exiting the mine.

Melissak’s messages were echoed by a Chinese blogger, a “senior engineer,” who has allegedly been working in the mining industry for over 20 years and has led rescue teams in a number of mine disasters. He wrote an online blog questioning the authenticity of the Wangjialing mine rescue operation and its reporting by CCTV.

In his blogs, the “senior engineer” brings up a number of suspicious observations, the most glaring one being that all of the rescued miners were clean-shaven when they were brought out from the pit.

“Growing beards is a natural physiological phenomenon for those miners, and no one can escape it. However, the rescued miners were clean-shaven. How can they not have grown beards in close to 10 days?” he asked.

“Everyone take notice: the rescued miners were carried out directly from the pit, obviously they would not have been cleaned up nor shaven."

“In addition, the rescue team that was shown returning to the surface, was not only quite clean, they weren't even perspiring! This was a flood disaster, and many days passed; the flooded shaft was wet and muddy, yet the clothing of rescuers who lifted the trapped miners to the surface remained bright and clean. Did they just ‘pose’ for it?”

He said that Chinese media reported that 120 hours after the accident took place, life was discovered in the flooded shaft, and rescue teams sent down 360 packages of nutrient solution as well as two letters, pens, paper, and phones. He found this highly suspect, saying that, according to his experience, China’s rescue technology has not yet reached the level of expertise to deliver relief items to a specific designated location, and China has never reached this level of success in rescues before. He thus seriously suspected the validity of the rescue operation.

It appears that the miraculous rescue of the 115 trapped miners was seen as a publicity opportunity by government officials and the Chinese Communist Party to make themselves look good, and the actual unpleasant details and facts as they unfolded, as well as the concerns of family members, were edited out of the story.

Family members of these workers have been placed in different hotels in the Shanxi areas as far as 43.5 miles away from the coal mine to prevent them from “making a fuss.”

Internet reports say that 500 policemen are posted at the Wangjialing Coal Mine. Mr. Niu, a resident of Xiangning County, where the coal mine is located, confirmed to a reporter from New Tang Dynasty Television (NTDTV) that hundreds of policemen were guarding the mine.

An insurance agent also told the NTDTV reporter that the site of the coal mine was closely guarded, and authorities have blocked any news from the public. He said, “They didn’t let us enter even when we paid money. We stayed on the outer edge of the mine for two days and then came back.”

The official report claims that the second batch of miners rescued consisted of 106 people, and that most were taken to Hejin People’s Hospital. However, CCTV live reports only showed the 30 or so miners who were brought to Shanxi Aluminum Factory Hospital, a small and not well-equipped hospital.

Further speculation and suspicion of a cover-up arose when China National Coal Group Corp., the state-owned company that hired the miners, announced on April 8 that the company had established a workforce of 2,000 to conduct an aftermath “stability preservation” operation. The workforce was divided into 153 teams and each team is responsible for counseling one miner’s family. The announcement also indicated that members of the “stability preservation” team will live with miners’ families to “take care of their needs” until they return to their hometowns.

An NTDTV commentator suggested that, rather than counseling the miners’ families, the stability preservation team’s role is to monitor miners’ families and prevent them from leaking information to the outside world.

One blogger stated that authorities’ dispatching such massive manpower for a “stability preservation” operation after claiming that they had accomplished the world’s most miraculous rescue mission only reflects that authorities are trying desperately to cover something up.

As has been the case during other disasters in China, it will be very difficult for anyone to independently verify the actual circumstances or the number of miners involved in the tragedy, as it is the Chinese government alone who controls what the public gets to hear and see.