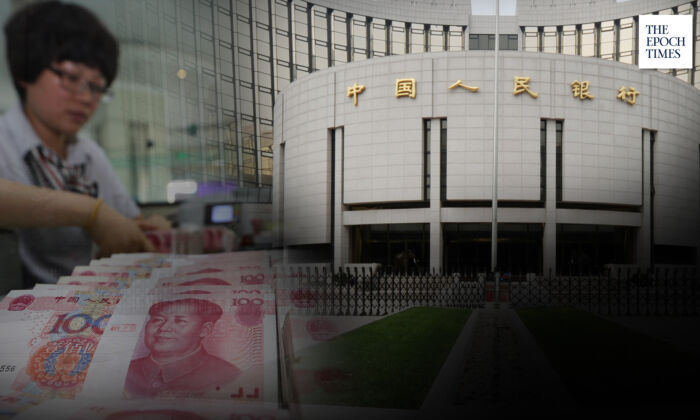 Shawn Lin
Shawn Lin is a Chinese expatriate living in New Zealand. He has contributed to The Epoch Times since 2009, with a focus on China-related topics.
View profile
Follow
and Ellen Wan

In December, government employees from five provinces—Jiangsu, Zhejiang, Guangdong, Fujian, and Shanghai—have disclosed their salary reduction notices on Weibo, China’s version of Twitter. The reported pay cuts were around 20 to 30 percent. Some cuts were already in effect while others were about to happen.

The Epoch Times contacted individuals in the five provinces and verified those claims. Many government employees in Jiangsu, Zhejiang, Guangdong, and Fujian have had their salary cut, while pay cuts in Shanghai have yet to take effect.

A female civil servant in Zhejiang Province posted a complaint on Weibo, stating that her employer, the Hangzhou Finance Bureau, announced that it would cut its employee salaries without revealing specific reasons.

“[The sudden pay cut] has severely affected our daily lives and has brought great burden to the livelihoods of ordinary workers,” the woman disclosed, adding that her annual income had been reduced by about 25 percent.

On Dec. 10, the Chinese state-owned news portal NetEase said that many local governments have decided to adjust their employees’ performance-related pay to reduce their financial burden. The report added that government entities in all provinces and cities may implement any pay adjustment measures they deem appropriate.

According to a Bloomberg report in September citing Goldman Sachs, China’s hidden local government debt is about half of its GDP. The local government financing vehicle (LGFV) is a funding mechanism used by Chinese local governments to borrow money without appearing on their balance sheets. However, the financial markets will still treat it as a government liability.

The total debt of LGFVs rose to about 53 trillion yuan (about $8.2 trillion) at the end of 2020 from 16 trillion yuan in 2013, economists wrote in the Goldman Sachs report. That debt is equal to about 52 percent of its GDP and is bigger than the amount of China’s official outstanding government debt.

In a conference on Dec. 2, Chinese Communist Party economist David Daokui Li said that China’s economy in the next few years could be its most challenging period in 40 years. Li added that the global supply chain would be reorganized after the pandemic, while China’s domestic demand is insufficient to make up for the loss.