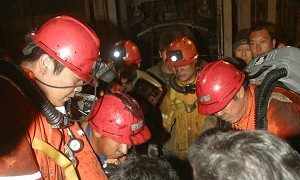 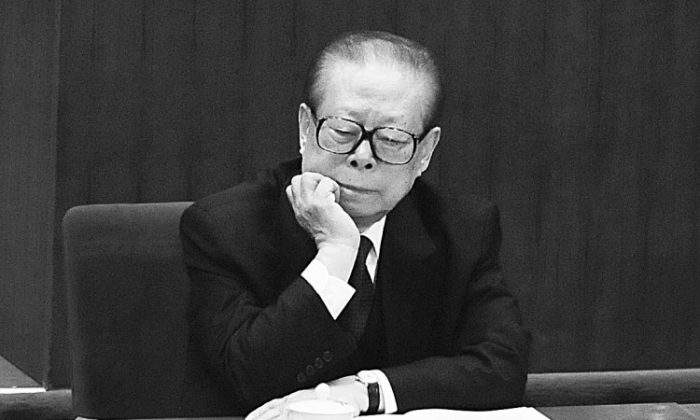 People have wondered how China suddenly exploded with scandals—former political heavyweight Bo Xilai removed in disgrace, his wife accused of murder, and the powerful Zhou Yongkang stripped of authority and placed under investigation. In fact, these recent events are only the continuation of a drama that started 23 years ago. The drama’s climax is yet to come, but is not far off.

In 1989, demands by Chinese students and ordinary people for democracy and freedom scared Deng Xiaoping, who was experimenting in moving China gradually in that direction on his own terms.

In the context of the student movement, the leaders he had picked to accomplish political reform then became a threat to his ultimate control of power. He had to remove them from office using the authority derived from his political legacy and control of the military.

First, Deng sacked Hu Yaobang, then the secretary-general of the Chinese Communist Party (CCP), who died soon after being betrayed by his longtime friends and allies.

Then, Zhao Ziyang, who succeeded Hu Yaobang as Party chief, had to go. Zhao was purged after he publically expressed his sympathy for the pro-democracy students who occupied Tiananmen Square. Zhao remained under house arrest until his death three years ago.

Deng, after failing twice to pick the right person to lead the Party, next tried a hard-liner, Jiang Zemin, then the Party chief of Shanghai.

Jiang was extremely nervous at being picked, as he could see clearly that what happened to his predecessors could happen to him.

He was right. In 1992, Deng was so upset with Jiang’s lack of interest in moving economic reform forward that he made his famous speech during his trip to southern China. He indicated that anyone who was not in line with reforming China would have to be removed from power.

Deng quietly planned to replace Jiang with Qiao Shi, then the chairman of the National People’s Congress. Qiao is known as an open-minded and reform-oriented leader. And Deng’s longtime political allies and friends Yang Shankun and his brother Yang Baibin, who had control of the military, openly supported Qiao.

Jiang was on the verge of being removed in disgrace. However, his political adviser, Zeng Qinghong, successfully filled Deng with the suspicion that the Yang brothers were too powerful and had their own agenda. Deng purged the Yang brothers and kept Jiang in his post, after Jiang changed his attitude toward reform.

Jiang escaped dismissal but learned that he lacked authority and popularity. One of his peers could replace him at any time that Deng wanted. Jiang felt the desperate need to gain control of the military and armed police to survive. Jiang prepared the next act in the play.

Mao had gotten rid of his political rivals and consolidated his power by launching nationwide political campaigns, such as the anti-rightist movement in 1957 and the Great Cultural Revolution in 1966.

Jiang imitated him, and picked what he thought was a safe target: the spiritual practice of Falun Gong (also known as Falun Dafa).

Falun Gong had rapidly gained popularity since its introduction to the public in 1992. The Chinese people were disillusioned by communist dogma, and Falun Gong’s principles of truthfulness, compassion, and tolerance had deep connections with China’s traditional culture and beliefs.

The Falun Gong meditation and qigong exercises helped reduce people’s stress, and improved their lifestyles as they gave up negative habits and addictions. According to a survey done by China’s National Sports Bureau, from 70 million to 100 million Chinese from all walks of life were practicing Falun Gong.

When some Maoists criticized Falun Gong’s teachings as contradicting communist dogma, Qiao Shi supported the practice based on an investigation carried out by the National People’s Congress and the National Sports Bureau.

After Falun Gong practitioners were harassed and arrested for protecting their constitutional rights in a city southeast of Beijing called Tianjin, over 10,000 practitioners went to Beijing on April 25, 1999, to appeal to the central office for appeals, the Office for Letters and Visits.

Premier Zhu Rongji met with a few volunteer representatives and promised them the right to practice Falun Gong would be protected. Zhu was praised by the world’s media for his handling of the situation.

Jiang seized the opportunity. Following Mao’s example of launching the Great Cultural Revolution by writing letters; Jiang wrote a letter to all the members of the Politburo and retired top leaders, insisting that Falun Gong was being manipulated by a political mastermind and Western anti-China forces.

He backed up his argument with fabricated intelligence that the U.S. government had given millions to support Falun Gong. He insisted that Falun Gong, with at least 70 million practitioners, was competing with the CCP, despite the fact that Falun Gong is a self-improvement practice with no political interest.

Most of the Standing Committee members of the Politburo disagreed that Falun Gong posed any threat to communist power, but Jiang, in communist jargon, “unified” their opinions, meaning that he imposed his own will.

First, he established himself as a true communist leader protecting Marxism and Leninism more than other leaders in China.

The PLAC is in charge of the police, the People’s Armed Police (1.7 million strong, it is equal in size to a military force), and other judiciary departments. Its budget for “maintaining stability” is bigger than the defense budget.

The PLAC’s head, first Luo Gan, then Zhou Yongkang, was made a member of the Politburo Standing Committee—the nine men who rule China. The growth in the PLAC’s power protected Jiang against threats from within the Party.

Under the PLAC, a special Party task force known as the 610 Office had authority at every level of the Party and the government to “transform” practitioners and “eradicate” Falun Gong.

Third, Jiang was able to identify who were his true supporters and allies by their attitude and behavior regarding the persecution.

As long as an official was on Jiang’s side, corruption and crime were minor issues. The officials who supported Jiang formed a bloody-hands faction that carried out his campaign.

As a result, one legacy of Jiang’s rule is that China is suffering the worst corruption and moral decay in its history.

In the last 13 years, over 3537 Falun Gong practitioners have been verified as having been killed or tortured to death—the true number is likely in the tens of thousands. Millions have been arbitrarily detained and brainwashed.

Jiang reportedly told a confidant that he regretted two things in his life: He did not let the Chinese Embassy staff leave Belgrade during U.S. bombing against the former Yugoslavia and he started the campaign against Falun Gong.

Whatever Jiang’s regrets might be, the crimes against Falun Gong practitioners are so big that he and his followers cannot bear the consequences. Jiang has obsessed about how to keep his campaign going so that his faction’s crimes would not be exposed. Zhou Yongkang is the current chief of this policy and is retiring this fall. The bloody-hands faction has desperately needed someone to take his place.

Bo Xilai worked very hard at persecuting Falun Gong practitioners in order to please Jiang. During his tenure as the governor of Liaoning Province, the persecution experienced by practitioners there was among the worst in China.

Liaoning Province is the place where Wang Lijun, a police chief, established an institute on organ transplantation. It is also the place where Falun Gong practitioners’ organs were allegedly harvested for profit on a large scale.

Bo Xilai was the perfect candidate to succeed Zhou as head of the PLAC and on the Standing Committee. In those positions, Bo could assure that the bloody-hands faction would not be called to account. Zhou supported Bo up to the last minute before his fall—the only member of the Standing Committee to do so.

However, Jiang had to promise Bo more in exchange for his loyalty, which included promising to help him down the road replace Xi Jingping—the official designated to succeed Hu Jintao as head of the Party. Bo’s public ambition and arrogant behavior forced Hu Jintao to remove him.

Hu Jintao’s decision to disgrace Bo ushered in a new act in the drama. Removing Bo is the crucial step in eventually discontinuing the disastrous policy of persecuting Falun Gong—a policy that has led China to become increasingly infamous for its human right record and increasingly unstable.

On the one hand, Hu does not want to take responsibility for the crimes committed by Jiang’s faction against the Chinese people. After all Hu has had the title of top leader for the last 10 years. This is his last chance to clear himself, before he retires this fall.

On the other hand, Hu had no choice about removing Bo. Otherwise, if he allowed Bo to remain in power and the system of the 610 Office and the PLAC to remain in place, Hu and his family would have become victims themselves.

Falun Gong practitioners have waged a 13-yearlong campaign of civil disobedience to oppose the persecution and have changed the hearts and minds of the Chinese people. The persecution is deeply unpopular.

The practitioners will soon be seen on center stage in the drama of China’s transformation. They have carefully documented the crimes committed during the persecution, and those responsible will be tried and held accountable. Jiang will be one of the first.

Michael Young, a Chinese-American writer based in Washington, D.C., writes on China and the Sino-U.S. relationship.