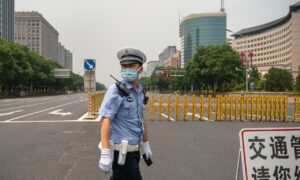 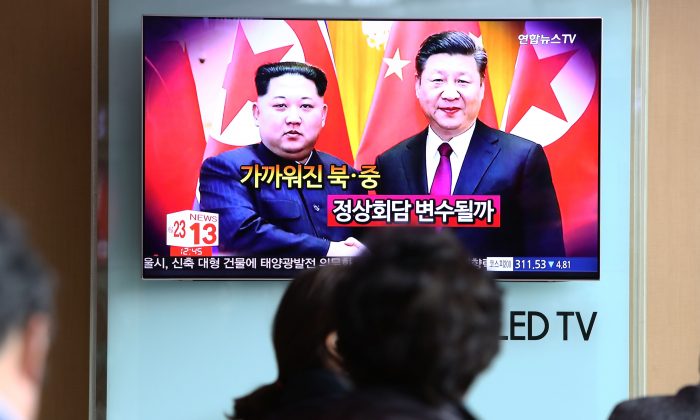 SEOUL—Chinese leader Xi Jinping intends to visit North Korea next year after receiving an invitation from North Korean leader Kim Jong Un, South Korea said on Nov. 17, which would make Xi the first Chinese leader to do so since 2005.

Xi told South Korean president Moon Jae-in in a bilateral meeting on the sidelines of the Asia-Pacific Economic Cooperation (APEC) summit in Papua New Guinea that he would “make time” to visit North Korea next year.

Xi said China would work to build peace on the Korean Peninsula, Kim Eui-kyeom, spokesman for South Korea’s presidential office, said at a briefing after the meeting between Xi and Moon. The announcement of the visit comes at a time when negotiations between North Korea and the United States appear to have stalled over how to remove Pyongyang’s nuclear weapons.

At an unprecedented summit in Singapore, U.S. President Donald Trump and North Korean leader Kim agreed in June to work toward denuclearization and peace on the Korean Peninsula and establish new relations. But the agreement was short on specifics, and negotiations have made little headway since.

Xi’s trip to North Korea would be the first by a Chinese leader since his predecessor Hu Jintao’s visit in 2005. Xi traveled to North Korea in 2008 as a vice president.

China appears to have relaxed enforcement of sanctions on Pyongyang, as relations between China and North Korea have thawed after the longtime ally of Beijing began to engage with the United States this year, a U.S. congressional commission said last week.

Also, this past year, North Korean leader Kim met with Xi three times, raising speculation that the two communist allies were negotiating behind the scenes without the United States’ input.

The North Korea-China border have seen increased economic activity since denuclearization talks began. Chinese counties near the border were even reported to have set up refugee camps in anticipation of a refugee crisis.

China‘s account of the bilateral meeting in Papua New Guinea made no mention of Xi planning to go to North Korea.

Moon and Xi agreed that a second summit between Washington and Pyongyang and a planned visit by North Korean leader Kim to Seoul would be an “important breakthrough” in resolving the situation on the peninsula, according to South Korea’s presidential office.

The South Korean presidential spokesman said Xi was also willing to come to South Korea next year at a convenient time.

South Korea’s presidential office issued a transcript of its briefing on the meeting in Port Moresby.