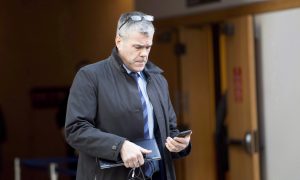 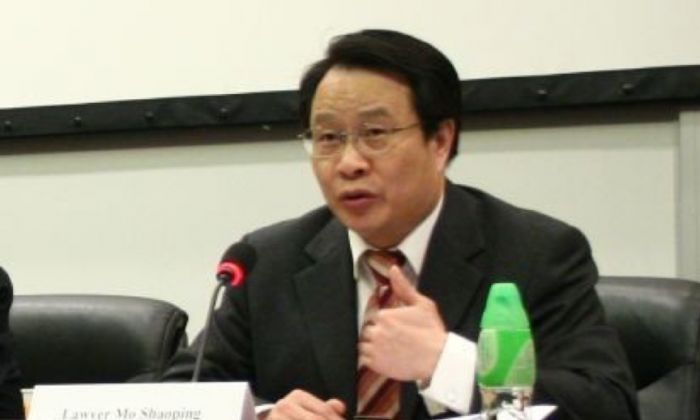 On Dec. 14, a court in Dalian, northeast China, sentenced Canadian citizen Robert Lloyd Schellenberg to death on charges of drug smuggling. The verdict had been altered from an earlier ruling in which Schellenberg was sentenced to 15 years in prison, despite the prosecution failing to produce supplementary charges to justify changing the verdict to capital punishment.

It is widely understood that Schellenberg’s sentencing is politically motivated, as the communist Chinese regime increases diplomatic pressure on the Canadian government for the Dec. 1 arrest of Meng Wanzhou, chief financial officer of tech company Huawei.

Meng was arrested at the behest of U.S. judicial authorities, as her Chinese military-linked company is suspected of violating sanctions against Iran. Since then, the Chinese regime has detained a number of Canadians in China in apparent retaliation for Meng’s arrest.

Schellenberg is now 36 years old. In November 2014, when he was in Dalian, the municipal Procuratorate said Schellenberg tried to package a total of 222 kilograms (489.4 pounds) of methamphetamine into tires in a warehouse.

The Procuratorate said that with a Chinese translator’s help, Schellenberg conspired to ship the methamphetamine to Australia. On Dec. 1 that year, Schellenberg was arrested in Guangzhou when he was in transit for his flight to Thailand, and held in Dalian since then.

Mo Shaoping, a prominent Chinese lawyer, told Voice of America (VOA) that the case was without precedent and out of line with normal practices in several respects.

“We have never seen any precedent for this case, in which the death penalty was announced at the hearing. Usually, death sentences are announced on a later date after court has been adjourned and the adjudication committee has deliberated,” Mo said Jan. 16, in comments translated by human rights site China Change.

Mo is founder and president of Beijing Mo Shaoping Law Firm. Zhang Dongshuo, one of Schellenberg’s defense attorneys, works for the firm. Mo believes that there was insufficient evidence to convict Schellenberg, and also that the lack of new evidence at the retrial of his case meant that it should be impossible for the court to increase the severity of his punishment.

‘The defense attorneys believe that the so-called new criminal facts provided in the supplementary indictment are wholly nonexistent. However, if the prosecution did not supplement the indictment, the court would definitely not have issued a death sentence,” Mo said.

Schellenberg was detained in 2014, but was only sentenced for the first time in November 2018, which is very slow for the Chinese judicial system. “Because the court thought that the evidence was insufficient and sought instructions all the way up to the Supreme People’s Court (SPC). The SPC said Schellenberg could be convicted and the sentence should be 15 years.”

Second, the court took the trouble to have a hearing for Schellenberg’s appeal, when the standard practice is to issue a written result.

Mo also noted that the Procuratorate took only one day to search for new facts about the crime, and that from appeal hearing to re-sentencing, just 16 days had passed.

Finally, the judge arrived at his verdict after hearing the case for just 20 minutes.

“Schellenberg has never pleaded guilty. He didn’t plead before, doesn’t plead now. He went to Dalian as a tourist, and has no idea about drugs,” Mo said.

Zhang, Schellenberg’s lawyer, said he is preparing for appeal. According to judicial regulations, Zhang has 10 days to do so.