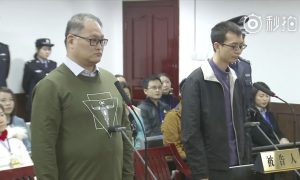 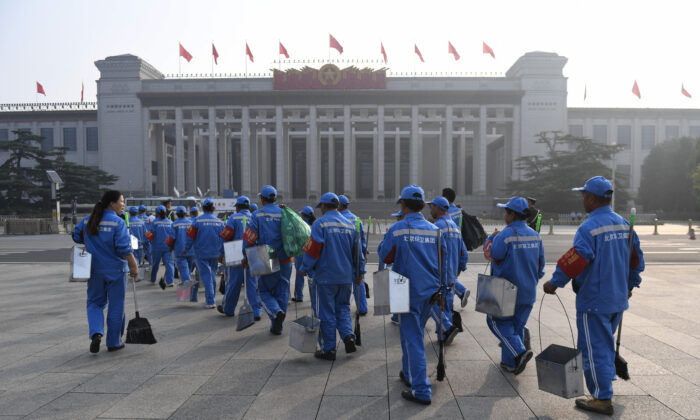 SHENZHEN, China—A Chinese labor activist and his assistant who ran a social media account that helped sanitation workers in the southern city of Guangzhou have been arrested, friends said on Dec. 19.

Chen Weixiang ran a blog called “Heart Sanitation,” which provided advice to workers on how to deal with unfair contracts and gain public attention for their working conditions by using social media platforms.

Chen and his assistant were arrested and taken from Chen’s home by more than a dozen uniformed and plainclothed police on Dec. 17, a fellow activist and friend, Yang Zhanqing, who is based in the United States, told Reuters.

Since then, friends have heard no news about their alleged crimes or their whereabouts.

Chen’s disappearance was confirmed by another friend, who declined to be identified.

Police in Guangzhou responsible for Chen’s home district didn’t comment and the security bureau in the area couldn’t immediately be contacted.

The detentions follow a wider crackdown on worker support groups in China this year, including police raids on labor groups in Beijing, Guangzhou, and Shenzhen, the China Labor Bulletin (CLB) said.

“Workers in this sector are often rural migrant workers with low levels of education and with scarce resources, so claiming their rights within the legal system without assistance can be difficult,” Nee said.

The third assistant, identified as Mr. Zhang, is a graduate student studying in Taiwan who was collecting material for his thesis. He also has been unreachable, Yang said.

Labor activists in China have long been under pressure from the ruling Communist Party, which is deeply suspicious of social organizing that occurs outside of its control, and authorities have sharply intensified their efforts in recent years.