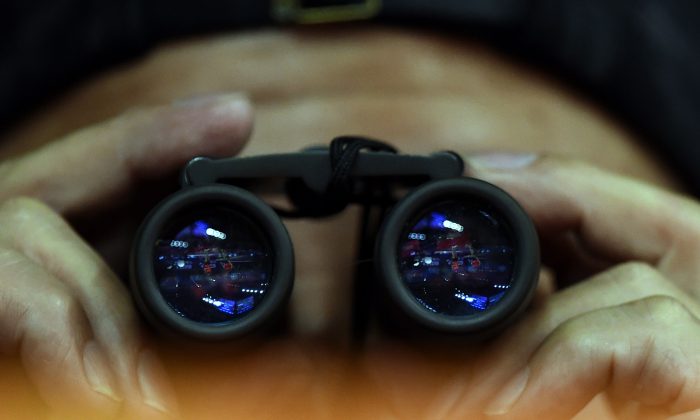 Tens of thousands of foreign operatives have already infiltrated the United States to “extreme” levels, an intelligence and cybersecurity think tank has warned.

BlackOps Partners, which enhances intelligence and protective cyber, organizational, and legal practices around the world, estimates there could be at least 50,000 Chinese spies operating in the United States, with significantly more in the education sector.

“There are a minimum of 50,000 Chinese Communist Party (CCP) spies at U.S. companies, government agencies, and U.S. military. This particular nation-state ‘insider threat’ does not include those employees who have been blackmailed and ‘turned’. It is to the level of extreme infiltration,” BlackOps CEO Casey Fleming said.

“That is separate to the academic world, where there are over 350,000 Chinese students attending U.S. universities under U.S. educational visas, who the CCP considers intelligence assets and whose education is paid for by the CCP, so they and their families are indebted to the CCP for the rest of their lives. It’s important to understand that as much as we want to believe China is a democratic country, it is still ‘Red China’, a true communist regime at the top with their nefarious agenda to permanently rule the world at any cost. And, that cost comes with a price paid by every American.”

The revelation comes more than a decade after Chen Yonglin, a former first secretary at Sydney’s Chinese Consulate in Australia, claimed in 2005 there were at least 1,000 Chinese spies in the United States monitoring Tibetans, Uighurs, Falun Dafa practitioners, and other dissidents.

The latest figure suggests the number of Chinese spies is at least 50 times higher than previously thought.

According to Fleming, many Chinese operatives are recruited through CCP-funded “United Front” organizations that target patriotic members of the Chinese expat community to help expand the CCP’s global influence.

In addition to the United Front, Overseas Chinese Affairs Offices based in the United States and around the world use the premise of Chinese “cultural identity” to infiltrate and influence the private sector, government, military, education, and think tanks, he said.

“The CCP considers all Chinese citizens, as well as first, second, and third generation Americans, to be assets in supporting the grand strategy. Cultural identity is the easiest method to gain control over an asset,” Fleming said.

Fleming said in addition to recruiting spies, United Front organizations use business opportunities, bonuses, and under-the-table checks to encourage influential groups or individuals to be more sympathetic to the CCP.

“We have seen instances reported where the CCP has paid for services [and] set-up lucrative business deals,” he said.

“The United Front’s primary objective is to expand their influence around the world [and] promote the false narrative of the CCP.”

Education Used to Infiltrate and Spy

Fleming also suggests “infiltration and espionage” are the primary goals of some 105 CCP-funded Confucius Institutes, and over 500 Confucius Classrooms spread across U.S. middle schools.

These pseudo schools operate directly under China’s Ministry of Education.

They present free educational curriculum to the U.S. education system, such as Chinese language and culture classes. However, Blackops agrees with the U.S.-China Economic and Security Review Commission’s latest report that these classes are actually just another CCP-front for infiltrating and spying.

“We are talking about American children from sixth to eighth grade who are being influenced at very critical ages,” he said, likening it to brainwashing.

“[The Confucius Institutes’] goal is to obtain strong influence, and infiltration, espionage, and ultimately control … it is happening in the U.S., Canada, UK, and Australia.”

If passed, the legislation would make it mandatory for U.S. intelligence agencies to report in detail on all CCP political influence, censorship, propaganda, and disinformation that targets the United States.

Confucius Institutes based at American universities and colleges would also have to register as foreign agents.

“My hope is that there will be some pressure to get this Bill up,” Rep. Smith told NTD, The Epoch Times sister television broadcaster.

He added: “This underscores how deep, and a downward spiral toward human rights under [CCP dictator] Xi Jinping. It is bad, and getting worse by the day. It is time for the world to mobilize against these human rights abuses.”

When The Epoch Times asked New York City’s Department of Education what it had done to address concerns about foreign influence through 10 Confucius Institutes, and at least dozens of Confucius Classrooms in New York state, a spokesperson said the “department does not comment on pending legislation.”

However, an anonymous source who closely observes the U.S. education system said the department had “neglected” crucial government funding of public schools, forcing schools to make-up for the shortfall in other ways.

Clarification: The Epoch Times wishes to clarify the estimated number of Chinese spies operating in the United States. According to BlackOps there are at least 50,000 Chinese spies in U.S. government, business and military, with potentially more in the education sector where the Chinese regime considers the 350,000 Chinese national students to be intelligence assets.