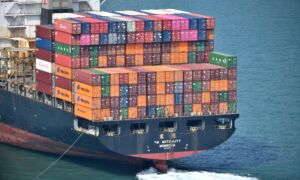 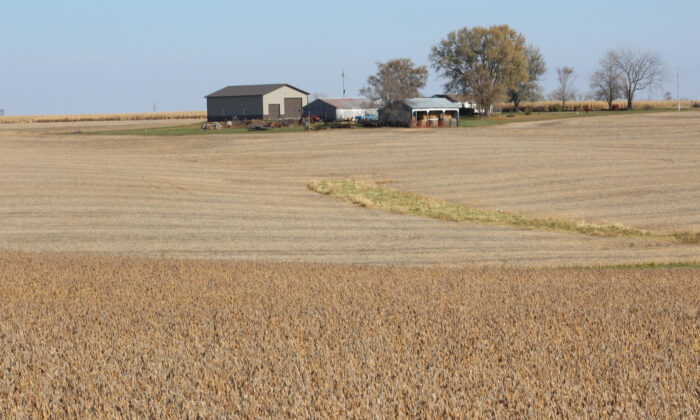 Soybean crops are seen ready for harvest at a farm in Ottumwa, Iowa, U.S. on Oct. 5, 2019. (Kia Johnson/Reuters)
US-China Relations

Chinese Importers Buy US Soybean Cargos Despite Congestion at Ports

BEIJING/CHICAGO—Chinese commercial importers made new purchases of U.S. soybeans this week, according to two sources, even as up to 2 million tonnes of American cargos were waiting to offload at ports in China as its stockpiler looked for storage room.

Chinese commercial crushers have bought up to 7 cargos of American soybeans this week for December and January shipment thanks to competitive U.S. prices versus South American prices and good crush margins in China, said two traders familiar with the matter.

“At least two cargos and as many as five were sold for December and January shipment on Tuesday,” one of the traders said.

The new purchases come at a time of confusion over payments of extra duties for U.S. shipments booked under a tariff-free quota system remained, the two traders said.

Last week, state-owned crusher Jiusan Group, agreed to pay about 60 million yuan ($8.58 million) of tariffs as deposit for one cargo of U.S. soybeans after facing delays to offload due to a dispute over payment of tariffs with local authorities.

Almost all the beans clogging the ports were destined for state reserves, and were bought by Sinograin and COFCO during a truce in the Sino-U.S. trade war, according to one of the traders and another source at a state-owned firm.

Some of the ships carrying the U.S. cargos have been anchored outside Chinese ports for almost a month, according to Refinitiv data.

Sinograin and COFCO had not responded to faxes seeking comments.

“Storage for state reserves is limited. These beans can only go into certain warehouses, usually those close to a crushing plant under Sinograin,” said a fourth source familiar with how the state reserves works.

He added that the older beans would be moved out for crushing when new beans were brought in for the reserves’ stockpile.

“Beans booked for the reserves usually can’t be sent to crushing provisionally,” the source said.

China bought about 14 million tonnes of U.S. soybeans from December as part of the truce in the trade spat between the world’s top two economies, at least 7 million tonnes of which were going into the reserves.

Despite the stockpiler’s struggle to find room for the beans, some Chinese commercial crushing plants have already suspended operation due to a shortage of beans, according to Xie Huilan, an analyst with Cofeed, an agribusiness research firm.

By Hallie Gu and Karl Plume