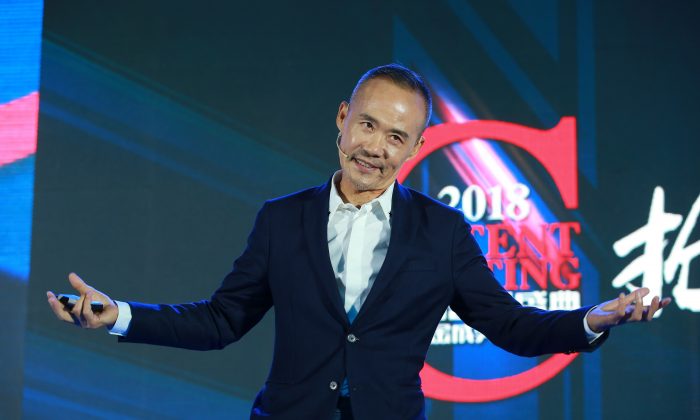 China Vanke Group, one of China’s biggest home builders, announced that it will slash by about half the price of its new townhouses in Xiamen, a city in the southeastern province of Fujian.

While price cuts to stimulate sales are common, the deep discount has created widespread furor amid the decreasing viability of the real-estate industry in China and a possible collapse of the property bubble.

The townhouse sale will happen in Xiang’an District of Xiamen, which is just miles away from the Taiwanese-controlled Quemoy Island, the company announced Sept. 26 through its official WeChat account. Xiamen is one of China’s most developed cities.

According to Vanke Chairman Yu Liang, the company is bracing for dim market prospects. He said in a speech last month that Vanke’s target was “survival” and that the Chinese real-estate market is at a “turning point” with a “decreasing future.” At the end of September, Vanke organized an autumn conference in Shenzhen, southern China, where the theme was “survival,” the mainland-based The Paper reported.

Vanke, which was founded in 1984 by Wang Shi, had total revenue in 2017 of 242.9 billion yuan ($35.36 billion) and made 28 billion yuan in net profits, according to its annual reports. In addition to mainland China, Vanke also has branches in New York, San Francisco, Singapore, and Hong Kong.

That Vanke, which was the first Chinese real-estate company to reach an annual revenue of over 100 billion yuan, has been setting its sights on “survival,” may reflect a downward trend in the broader Chinese market situation.

For example, in March, a project in Chengdu, Sichuan Province, put 400 apartments on the market. On the first day of the sale, 10,000 people registered as potential buyers. Ultimately, 44,000 people competed for 400 apartments. Similar phenomena have occurred across many other cities, including Hangzhou, Zhengzhou, Nanjing, Xi’an, Jinan, and Qingdao.

On Sept. 13, the Beijing government announced that starting Sept. 17, anyone who wanted to apply for a Provident Fund mortgage, which has interest rates lower than at banks,  would only be able to take loans of 100,000 yuan (about $15,000) for every year they have been employed. To take out a loan on a 40-square-meter apartment valued at 1.2 million yuan, one would have to work at least 12 years.

On Sept. 21, the provincial authorities of Guangdong issued a public notice asking for public feedback about a possible ban on commercial pre-housing sales.

Only two of China’s top real-estate companies have retained names related to the industry.

Some companies have gone further. Xu Jiayin, founder of Evergrande Group, China’s second-largest property developer by sales, delivered a speech on Sept. 13 expressing his loyalty to the Chinese Communist Party (CCP), saying, “I and everything that belongs to Evergrande were given by the CCP.” His statements suggested desperate hope that the regime would protect Evergrande in the event of economic downturn.

The real-estate market may be badly overheating across China. On Sept. 26, a new development in Xi’an, northwest China, couldn’t find any buyers at the asking price. In other second-tier cities, such as Nancheng and Hefei, real-estate developers offered 25 to 35 percent discounts, with only mediocre results.