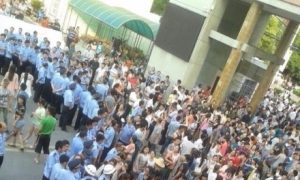 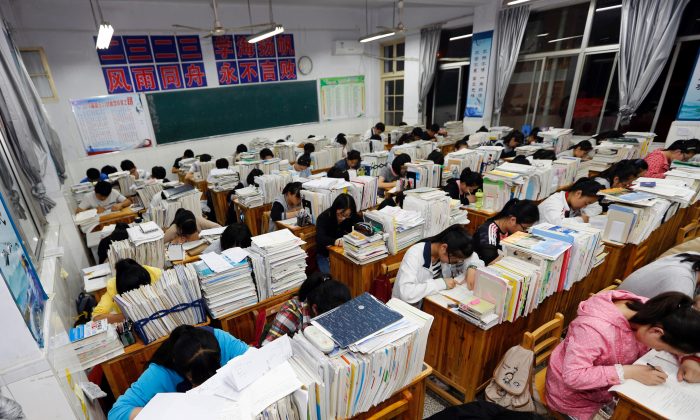 Hundreds of high school students at a private school in Jincheng City, Shanxi Province just learned that they were not properly registered in the school system, and as a result, cannot take the college entrance exam.

In China, all students need to have a formal student registration file to be able to graduate and continue higher education. It is the school’s responsibility to set up and maintain these files for all students.

In November last year, some high school seniors at Fenglan School in Jincheng City found out they did not have a student registration ID number when they were asked to fill out the registration form for a standardized exam.

Word then spread quickly. Some parents immediately went to the local education bureau to check the registration status of their children. In the end, for the 11th grade alone, nearly 400 students were found to be “missing” in the local student registration system. That means they won’t be able to obtain a graduation certificate, nor will they be allowed to take the national college entrance exam the following year when they become high school seniors.

Fenglan School was founded in 1999 with approval from the city’s education bureau. Its admission requirements, such as student exam scores, are relatively low compared with other local schools.

Mr. Liu, a parent of a Fenglan School student, told the Chinese-language Epoch Times that the school did not provide details about admission requirements and said any student can be admitted. The school also promised him that it would take care of all the necessary procedures, including the student registration. That was why he chose this school for his son.

A Fenglan School student left internet comments about the situation. He said,“This matter has been put on hold for more than half a year until it was widely exposed recently. Many students in this kind of school found themselves without proper registration. The education bureau does not offer any help. The school wants to shift the responsibility onto the education bureau, and the bureau tries to shift the blame onto the school. Parents are very frustrated and helpless,” he wrote.

The student said the school forbade students from informing their parents about the registration mishap. “We were asked to sign an agreement, saying that we would go take the standardized exam as a local teenage resident not associated with the school,” he wrote.

In response, the Jincheng City education bureau released a statement, claiming that the Fenglan School used false advertising and other means to enroll more students than its legal capacity.

The bureau suggested that students can transfer to a vocational school and then register for the college entrance exam.

According to Chinese newspaper China Education Daily, in recent years, there have been many incidents of high schools accepting new students without discretion. In the end, many could not get student registration and had to suffer the consequences. In 2016, about 1,900 high school freshmen in the city of Zhanjiang, Guangdong Province were forced to drop out of school. In February 2016, Jiufang Bilingual School in Zhuzhou City, Hunan Province, was found to have violated regulations when enrolling students. More than 60 percent of the school’s freshmen did not have proper student registration.

Analysts in China gave a detailed explanation for this phenomenon.

In China, middle-school graduates have two choices: students who pass the high school entrance exam can apply for high schools; those who failed to meet the minimum requirement usually go to a vocational school.

However, many students with poor scores are anxious to continue their studies in high school. As students in vocational schools are less likely to have the opportunity to attend college, their parents try to find alternative options. Some private schools take advantage of this mentality and profit off enrolling unqualified students despite knowing that they do not qualify for high school registration. The school authorities would then find “back-door” channels—such as bribing local education officials—in order to obtain student registration for these unqualified students.

According to a netizen, the aforementioned Fenglan School had been operating like this for years, until the head of local education bureau changed hands last year or so.