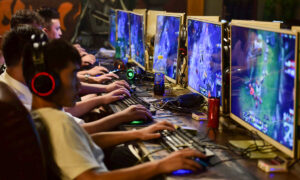 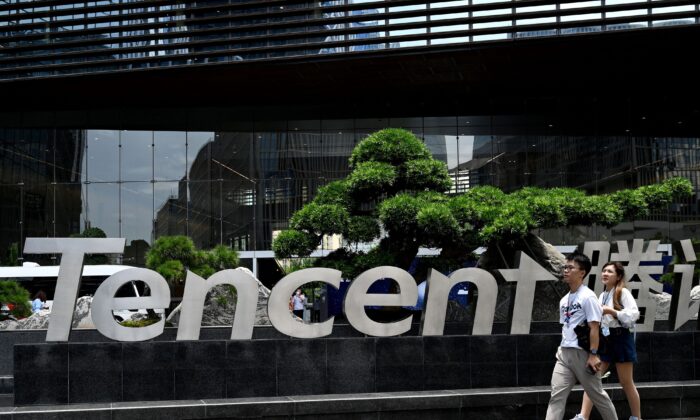 SHANGHAI—Chinese gaming and metaverse-related shares skidded on Thursday, dragged down by an ongoing regulatory squeeze that has engulfed industries ranging from online platforms and entertainment to for-profit tutoring and real estate.

Shares in the two companies closed more than 8 percent and 11 percent lower respectively.

The decision to freeze new video game approvals was revealed at a Wednesday, Sept. 8, meeting between Chinese authorities and gaming firms including Tencent Holdings and NetEase, said the report, citing unnamed sources briefed on the matter, adding that it was not clear how long the suspension would last.

Tencent declined to comment on the gaming approvals, while the National Press and Publication Administration, which is responsible for approving game titles, and NetEase did not immediately respond to a request for comment.

Stocks in listed gaming companies had already been battered earlier in the day after state news agency Xinhua reported on the same meeting.

Xinhua said the meeting aimed to ensure the companies implemented strict new rules to curb gaming addiction among minors, after a ban last month on under-18s playing video games for more than three hours a week, but did not mention the suspension of gaming approvals in the report.

Xinhua also said that companies were told to “resolutely curb incorrect tendencies such as focusing ‘only on money’ and ‘only on traffic,’ and change rules and gameplay designs that induce players to indulge.”

Both Tencent and NetEase said earlier in the day they would comply with the regulators’ requests.

“The Chinese government is taking a very serious approach to online gaming and these reported restrictions are a step ahead on that program,” Kingston Securities executive director Dickie Wong told Reuters.

“I think these moves show for investors it is not a good idea to put their money in just one of the internet or technology companies on the mainland.”

Qi Wang, CEO of MegaTrust Investment (HK), said the regulatory pressure will likely last for years—not months. “It’s still too early to tell which companies are better positioned to deal with the on-going regulatory scrutiny.”

Global and domestic investors have been jolted by an ongoing regulatory squeeze that has sought to root out some of the perceived excesses of the runaway growth in some of China’s new economy sectors in recent years.

The commentary by the state-owned Securities Times follows a recent surge in stocks such as Shenzhen Zhongqingbao Interaction Network and Perfect World that are perceived as developing the metaverse.

Shares in related stocks tumbled after the commentary was published, with Wondershare Technology falling by nearly 11 percent and Goertek down by almost 9 percent.

Other regulatory measures have included a crackdown on anticompetitive behavior among online “platform” companies and seeking greater control of the vast stores of data generated by the industry.

The transport ministry also said on Wednesday it would intensify a crackdown on illegal behaviour in the ride-hailing industry and deal with online platforms that are still using non-compliant vehicles and drivers.