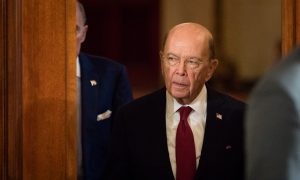 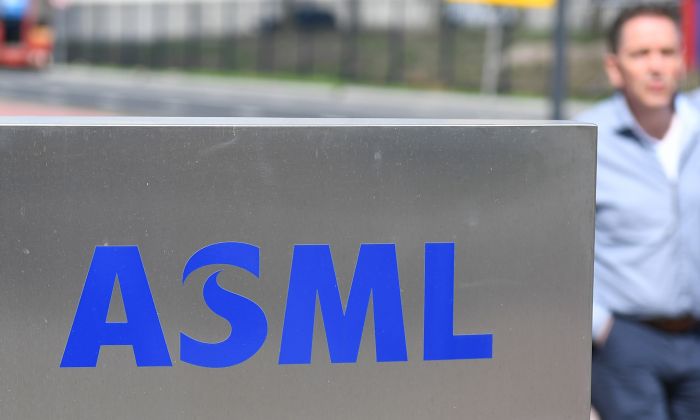 An employee walks past an ASML logo, a Dutch company which is currently the largest supplier in the world of semiconductor manufacturing machines, at the company's headquarters in Veldhoven on April 17, 2018. (EMMANUEL DUNAND/AFP/Getty Images)
China Business & Economy

A lawsuit between two tech companies in the United States highlighted an unlikely way for China to steal intellectual property: through an American company.

ASML, a leading manufacturer of chip-making equipment based in the Netherlands, announced via a press release on May 4 that the Santa Clara County Superior Court ruled in favor of ASML in its lawsuit against XTAL, a California-based company founded by two Chinese engineers.

XTAL was founded by two former ASML employees in 2014, both originally from China.

According to court documents, ASML filed a lawsuit against XTAL on Nov. 5, 2016, alleging intellectual property theft.

After 30 months of litigation, the California court ruled that XTAL should pay ASML $845 million in compensation. As XTAL is filing for bankruptcy, ASML cannot collect the monetary reward, but will make a settlement agreement in which it seeks to own all of XTAL’s intellectual property (IP). The agreement is still pending.

The jury found that XTAL’s actions were malicious in nature, aiding and abetting six former ASML employees to steal trade secrets from ASML, according to the court judgment.

XTAL filed for bankruptcy on Dec. 17, 2018, according to court documents.

XTAL has sought to sell its IP after going bankrupt. The court issued an injunction, ordering XTAL not to conduct any software development activities on the products that ASML alleged are contaminated with ASML’s IP; granting ASML explicit permission to reach out to actual or potential XTAL customers informing them about the results of the lawsuit; and banning XTAL from the same field of business for a certain period of time.

It is not known whether they are Chinese nationals with some sort of visa, permanent residency, or naturalized U.S. citizens.

According to Yu’s LinkedIn page, he studied at the Harbin Institute of Technology in China. In 1995, he started to work in the United States, including at Brion, a U.S. company that was acquired by ASML in 2007. Yu left ASML in February 2012.

Li graduated from the University of Science and Technology of China. According to Crunchbase, a companies database, Li started his career in the United States after graduating from Stanford University, and also worked for Brion and then ASML until 2012.

According to records on a public U.S. patents database, Li’s name is listed as a co-inventor for not just patents belonging to Brion and ASML, but also China Telecom, a Chinese state-run telecommunications giant, and ZTE, a Chinese telecom supplier, most known for violating U.S. sanctions on North Korea and Iran, and thus fined by U.S. authorities.

XTAL is also in part financed by entities in China: It raised $5.3 million from Hong Kong investors before March 2016, according to Crunchbase data.

In April, Dutch newspaper Financieele Dagblad (FD) went so far as to claim in an April 11 report that XTAL’s parent company was actually the Beijing-based Dongfang Jingyuan, a semiconductor and software manufacturer. The Dutch outlet said its findings were based on research and California court documents.

Based on a confidential company report obtained by FD, the outlet reported that Dongfang Jingyuan in turn had close ties to China’s Ministry of Science and Technology. The ministry provided subsidies to XTAL as part of the Chinese regime’s support for China’s chip machinery industry, in which ASML is a leader in the global market.

With support from the Chinese ministry, ASML’s former employees stole source codes, software, price strategies, and secret user manuals from ASML and transferred them to XTAL, the FD report claimed.

In 2015, one year after it was founded, XTAL began to lure away ASML’s clients, including Samsung.

Neither XTAL nor Dongfang Jingyuan has commented on the case. The two companies didn’t respond to a request for comment by press time.