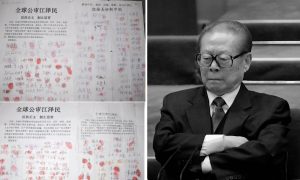 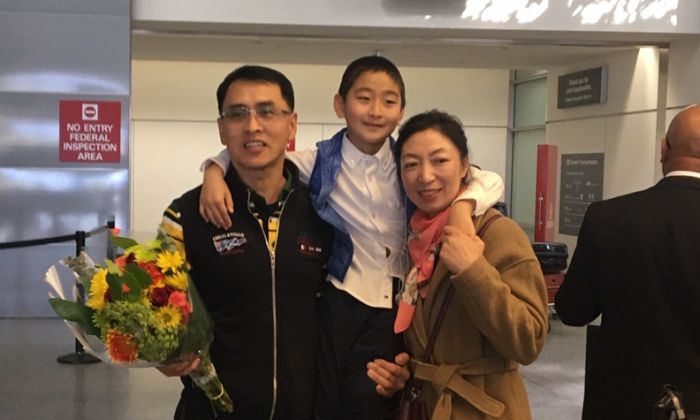 Chinese Entrepreneur Flees Torture, Jail in China to Reunite With Family in US

Yu Ming, a successful businessman from Shenyang City in China’s Liaoning Province, has finally reunited with his wife, daughter, and son in San Francisco after years of persecution in China.

“I’m truly free now! The sky is so blue, the air is so fresh and free,” Yu told the Chinese-language Epoch Times in an interview on Feb. 25.

He had last seen his wife and children before they immigrated to the United States without him in August 2013, only days before he was arrested by Chinese authorities while attending his niece’s wedding ceremony. Yu arrived in the United States on Jan. 27 after escaping the communist-ruled country, where he suffered years of torture in prison.

Yu, 46, practices Falun Gong, also known as Falun Dafa, a meditation and spiritual practice based on the tenets of truthfulness, compassion, and tolerance that has been banned by the Chinese regime since 1999. Over the past two decades—because of his beliefs—Yu was arrested and was detained multiple times at different labor camps and prisons in Liaoning, Hebei Province, and in Beijing.

The Falun Dafa Information Center estimates that hundreds of thousands of Falun Gong adherents have been detained since 1999.

Yu began practicing Falun Gong in 1997, after which, he said, he adopted a healthier lifestyle and more good-tempered nature. That same year, he founded a clothing factory on Wu’ai Street, a well-known garment market in Shenyang City.

Yu’s business began to flourish. He hired about 100 employees and supported his stepmother, who operated a shelter for homeless children, the elderly, and the disabled.

When the Chinese regime began its persecution, Yu felt he had the responsibility to tell others about the truth, as Chinese state media spread hate propaganda to vilify Falun Gong and its adherents.

“I tried my best to stop the persecution by telling people the truth about Falun Gong and the tortures we suffered,” Yu said.

Yu was often tortured while imprisoned; he nearly died on many occasions. Among the most painful torture methods police used was force-feeding.

On Jan. 1, 2001, Yu was arrested and taken to the Haidian District Detention Center after police found him distributing fliers about Falun Gong on the campus of Beijing Language and Culture University. Yu’s hands and feet were tied together with a thick iron chain for about 10 straight days. He couldn’t stand up, or lie on his back.

After he protested his arrest with a hunger strike, police force-fed him through tubes inserted into his nose.

“They [police and other prisoners] tied up my body and pushed me to the ground. The detention center doctor yelled, ‘I will kill you,’ as he very roughly jammed a pipe into my windpipe, lungs, and then stomach. He even agitated the pipe, which was very painful,” Yu recounted.

Weeks later, Yu was transferred to the Beijing Tuanhe Labor Camp, where he was forced to strip in front of male and female prisoners.

Yu asked for an unconditional release, because he knew he hadn’t violated Chinese law. In fact, religious freedom is guaranteed under China’s constitution.

“My heart was beating like crazy. I felt like my blood was trying to rush out of my veins,” Yu said. He quickly lost consciousness.

From that day forward, being shocked by those batons became a routine part of Yu’s life in labor camps, because he refused to give up his beliefs; the torture left his skin covered in blisters and scars.

Yu said he witnessed many practitioners being tortured physically and psychologically, and many became mentally disoriented after years in labor camps. Even as Yu witnessed fellow adherents die from torture while imprisoned, he refused to give up his faith when authorities promised he would be released if he did so.

Instead, Yu hired human rights lawyers Wang Quanzhang and Wang Yu to represent him. But both lawyers have since been detained and had their law licenses revoked amid the Chinese regime’s crackdown on human rights activism.

“I feel like it’s my mission and duty to let people know what we suffered [in China], and call for help to stop this persecution together with Falun Gong practitioners,” Yu said.

After being released from prison in 2017, Yu fled to Thailand, then eventually to the United States. He feels lucky that he fled China successfully. He hopes to devote his life to exposing the persecution he and other Falun Gong adherents face.

Earlier this month, he wrote an open letter to current Chinese leader Xi Jinping, appealing for him to end the persecution.

“I hope that in the annals of history, this shameful past will not be recorded as having occurred under your rule,” Yu wrote.