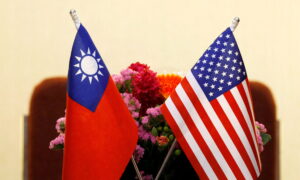 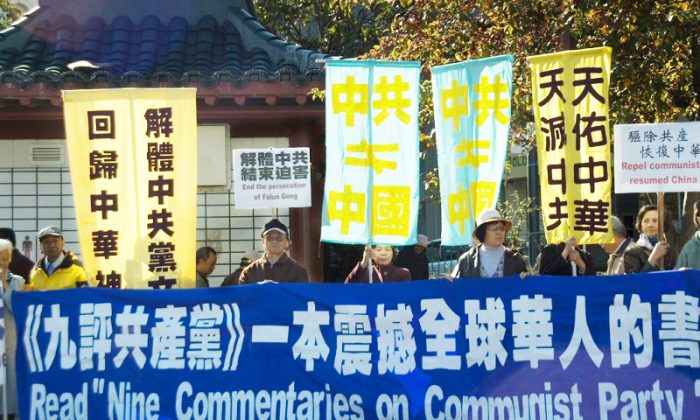 A Tuidang rally in the United States. (Epoch Times)
China

The resignation stations have display boards, updates on the number of party resignations worldwide, news, “Nine Commentaries” booklets, and party resignation forms. Zhang Zehong stated that although her daily work keeps her very busy, she was glad to have found the time to help maintain a “Resignation Station” on the street because she recognized how meaningful this matter was. She commented, “People in China and the entire Chinese race have been held under the Chinese Communist Party (CCP) rule for over 50 years. In the shadow of the CCP, the essence of human nature has been twisted, and Chinese traditional culture has almost been totally destroyed. Only by resigning from the communist party and ending all association with the CCP will the Chinese people have a good future.”

In February of this year, Epoch Times , along with other organizations, formed The Global Communist Party Resignation Service Center to help Chinese expatriates world-wide to publish their resignations from the Chinese Communist Party, the Communist Youth League, or any of it affiliates.