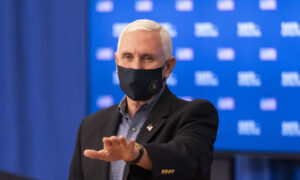 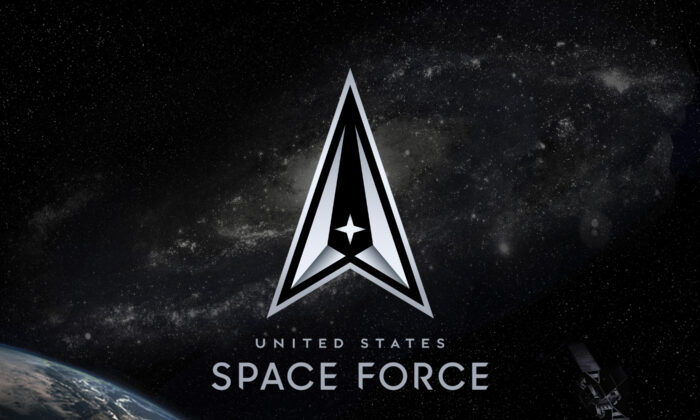 Chinese Communist Aggression Is Why the US Space Force Is Imperative

In 2018, President Donald Trump directed the U.S. Department of Defense (DOD) to create a sixth branch of the U.S. Armed Forces, now known as the U.S. Space Force, which was formally established in December 2019.

Though some have poked fun at the new military branch after it recently revealed that its troops would be called “Guardians,” the circumstances necessitating our Space Force are no laughing matter—the president’s directive was pursuant to a growing threat posed by two of America’s adversaries.

China and Russia are already formidable enemies of the United States. But China, in particular, has methodically taken meaningful steps in its acceleration toward countering U.S. military and economic dominance on the global stage.

Dethroning the United States as the world’s prevailing superpower has long been an ambition of communist China. And, over the past decade, the regime has stepped up its efforts to bring this dream to fruition prior to 2049, the year that marks the 100th anniversary of the founding of the People’s Republic of China.

“China wants to be the dominant economic and military power of the world, spreading its authoritarian vision for society and its corrupt practices worldwide,” U.S. Secretary of State Mike Pompeo said during a 2019 news conference in The Netherlands.

However, projecting global power into the 21st century, and beyond, will require more than strong conventional armed forces. In this era, global preeminence will be inextricably tied to command, control, and denial of space.

In other words, the first nation to conquer the space domain will be the beneficiary of economic, technological, and military hegemony in perpetuity. As it stands, the Chinese are aggressively positioning to secure this role for themselves.

According to the report, Chinese planners recognize that whoever controls space will control Earth, and that “outer space is the new high ground of military operations. They assert that the center of gravity in military operations has transitioned from the sea to the air and is now transitioning to space.”

The report cites a textbook published by the Chinese Academy of Military Sciences (AMS), which states: “Whoever is the strongman of military space will be the ruler of the battlefield; whoever has the advantage of space has the power of the initiative; having ‘space’ support enables victory, lacking ‘space’ ensures defeat.”

Another publication by AMS, the Science of Military Strategy, concludes that “without space superiority, one is at a disadvantage in all other domains,” according to the report.

Understanding the need for the U.S. Space Force requires an understanding that burgeoning technologies and revolutionary innovations will permanently alter the way human beings live, how we travel, how we defend ourselves, how we produce, receive, and store energy, and that many of the tectonic shifts taking place within technology sectors will either be space-based or involve space.

Currently, half the world isn’t connected to the internet. But, there are multiple companies close to reaching the milestone of being the first to offer the internet beamed from space, which will be a major global disruptor.

“There is evidence that the arrival of high-speed internet access, if it spreads widely enough, can enhance productivity and transform local economies,” science journalist Chris Baraniuk wrote for the BBC. “In India, for instance, farmers and fishers using mobile phones to check prices and weather conditions increased profits by 8%.”

Wider connectivity means expanded economic opportunity and the chance at a better life for millions of people. But, a hostile nation with control of the space domain could be able to interdict technologies such as space-based internet access and prevent anyone they choose from accessing those services.

Our own U.S. Department of Energy has signaled the possibility of a future in which Earth’s energy needs are provided by space-based solar power. This concept involves groups of satellites harnessing the sun’s energy and beaming it back to Earth, technology that has already been under development by the U.S. Air Force and the U.S. Navy.

This could provide the entire globe with power that has zero emissions, allowing the planet to be far more sustainable with a minimal carbon footprint. Vehicles, airplanes, ships, homes, and businesses could all be powered by this clean energy.

There would be no need to try to minimize our footprint on the planet with wealth-destroying programs such as the Green New Deal, which impose extremely high taxes and crushing regulatory burdens.

This is Overton-window-shifting, paradigm-shattering innovation that would radically alter our planet. However, a despotic country bent on global domination could exploit such technologies for their own gain, to the detriment of every other nation on Earth.

But, though they could, how likely is it that a rogue nation would malignly use space-based assets?

A 2018 report (pdf) by the U.S. DOD confirmed that “China is developing multiple counterspace capabilities to degrade and deny adversary use of space-based assets.”

The report also noted that Chinese scholars “stress the necessity of ‘destroying, damaging, and interfering with the enemy’s reconnaissance … and communications satellites,’ suggesting that such systems, as well as navigation and early warning satellites, could be among the targets of attacks designed to ‘blind and deafen the enemy.’”

In the 2019 version of the report (pdf), defense officials said that China “continues to develop counterspace capabilities and related technologies, including kinetic-kill missiles, ground-based lasers, and orbiting space robots, as well as expanding space surveillance capabilities, which can monitor objects across the globe and in space and enable counterspace actions.”

Left unchecked, China could shut down the United States. All of it. Including our military.

Steven Kwast, a retired Air Force lieutenant general, spoke at Hillsdale College in November 2019 and delivered a powerful lecture about what’s at stake in the race for space dominance.

Kwast holds degrees in astronautical engineering and public policy, is a former fighter pilot, and was a commander of the Air Education and Training Command at Joint Base San Antonio-Randolph.

He also presents the nightmarish reality that China is “building an entire method of being able to have a blanket of power over America in space that can bring directed energy to paralyze our power grids, paralyze our cars, paralyze our military, disrupt our markets.”

“We can say today, we are dominant in space. But the trend lines is what you have to look at. And they [China] will pass us in the next few years if we do not do something. And they will win this race, and then they will put roadblocks up to space,” he said. “Because once you get the ultimate high ground, that strategic high ground, it’s curtains for anybody trying to get to that high ground behind them.”

China under the Communist Party is a nation that has gross human rights violations, carries out forced organ harvesting, and went so far as welding people into their own homes as the CCP (Chinese Communist Party) virus (commonly known as the novel coronavirus) broke out in early 2020. These aren’t the actions of a friendly nation wielding its authority in a moral way.

Kwast believes the ethics and integrity of the nation that first deploys and manages these emerging space technologies is critical.

“For 30 years, [China has] met every single milestone of their space program. And in the next 10 years, they will have solar and nuclear power generation space stations on orbit. They broadcast that they will be used for peaceful purposes, that those radio waves will bring energy to anybody on planet Earth without the need for power lines or power plants,” he explained.

“But in a millisecond, that dominance of the electromagnetic spectrum can be directed energy that could paralyze any part of our power grid and freeze any military might that America builds on the spot. Every carrier battle fleet is a cork in the water. Every fleet of fighters is dead on the ramp, can’t even turn the wheel, because of our vulnerability. China has openly stated they are weaponizing everything.”