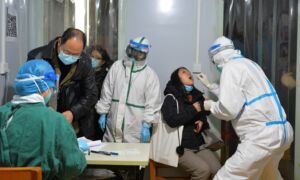 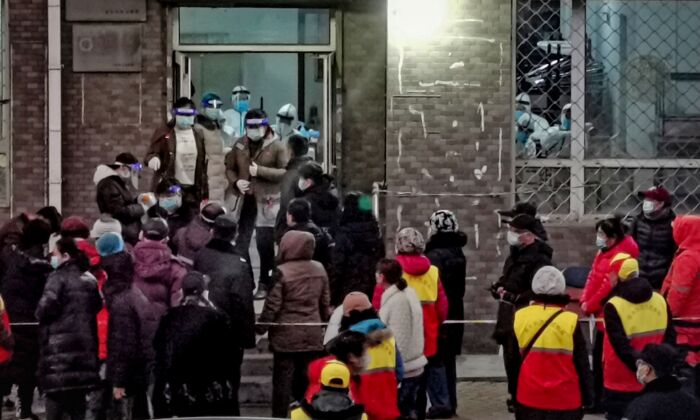 The city of Dalian in northeastern China is struggling to contain a local COVID-19 outbreak, as authorities announced that all residents would be required to take nucleic acid tests following the detection of more infections.

Deputy Director of the Dalian Health Commission Zhao Lian on Dec. 22 also ordered all residents to stay within city borders. The travel ban was due to the ongoing outbreak, she said.

Meanwhile, speculation surfaced on the internet that local schools had cluster outbreaks. In a statement, Dalian Ocean University, which has campuses across the city, stated in response that it ordered all teachers and staff to work from home on Dec. 22 and all students to stay at school. The university said people should wait for a government announcement about whether there was an outbreak.

The Dalian government hadn’t announced any infections related to the school as of press time.

Since the CCP virus began spreading in China this year, Dalian has announced several waves of new outbreaks, the latest occurring around Dec. 15, when authorities announced that four workers at the Gangyidu frozen food company had tested positive.

The city government then mandated that all residents living near the company be tested, along with residents who lived at the same complexes as the four workers, as well as those who visited the same locations the four workers traveled to over the past 14 days. The city claimed on Dec. 16 that there were no new infections following testing.

However, the city announced new infections in subsequent days as authorities sealed off more residential compounds and mandated testing and quarantine for more people suspected of having COVID-19.

The city hasn’t been fully transparent in releasing information about the outbreak. Based on documents previously obtained by The Epoch Times, local authorities have purposefully underreported infections.

Some residents in areas designated as high-risk, such as Jinpu New District, had just been tested a few days ago. The city announced on Dec. 22 that mandatory testing will be conducted on all residents within the next three days—meaning some will have to be tested again.

A day earlier, the city fully sealed off five neighborhoods in Jinpu New District, meaning residents can’t leave their homes and only one person per household can shop for basic life necessities in controlled zones. All companies, stores, schools, and restaurants must be closed.

Several Jinpu residents shared with The Epoch Times how the sudden lockdown has affected them.

Zhang Mei (a pseudonym) operates a local restaurant. She said the government has actually locked down the entire district—not just the five neighborhoods announced by authorities—since the morning of Dec. 22.

Residents had to shop quickly for food to prepare for the lockdown.

Zhang was frustrated that all the produce and goods she had purchased for preparing dishes can no longer be sold.

“It will rot soon. And I still need to pay for rent and utilities. It’s a big burden,” she said.

A Dalian netizen  shared a video he took on Dec. 21 in which residents of the Jinrun residential compound can be heard shouting their pent-up frustrations out their windows.