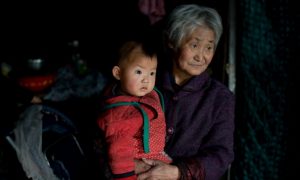 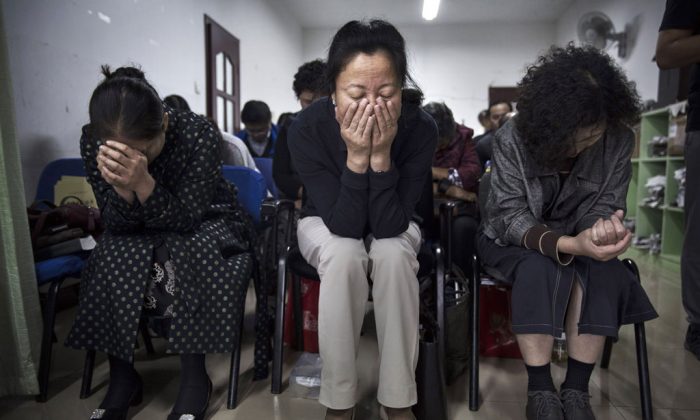 Chinese Christians pray during a service at an underground independent Protestant Church on Oct. 12, in Beijing, China. China, an officially atheist country, places a number of restrictions on Christians and allows legal practice of the faith only at state-approved churches. (Kevin Frayer/Getty Images)
Thinking About China

Chinese Christians Return to the Catacombs as Communism Turns 70: A Desperate Cry From China 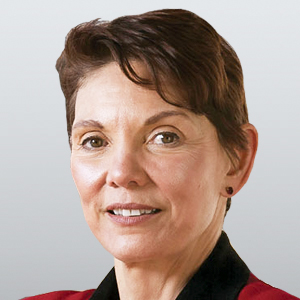 Oct. 1, 2019, marked the 70th anniversary of the brutal, communist takeover of China.

The Friday night before, I received an anguished phone call, begging me to write about the state of the Christian Church in China. The caller (whose name or location I cannot divulge for her protection) was an attorney in China who had worked within the Chinese court system. When she became a Christian, however, she realized that she could not compromise her faith and join the officially atheistic Chinese Communist Party, as all judges are expected to do in China.

She explained that three major house churches in her city in Guangdong Province are facing persecution. One was forced to register with the Chinese government, and accept the heavy risk of surveillance. The other two, who refused to register, are no longer allowed to gather together to worship. They have been disbanded. She pleaded with me to write about the persecution of House Church Christians in China, specifically in Guangdong.

As I listened to this impassioned and heartbreaking account, I thought of the Christians in the catacombs in ancient Rome. The Christians in China are being driven into the catacombs. The Chinese dictatorship wants to persecute them in the dark. Thanks to the brave woman who called me Friday night, we are shining a light on the ugly truth of what is happening to religious believers in China.

The illusion that the Chinese government is our benevolent friend needs to be broken. The Chinese Communist Party  (CCP) is a brutal, totalitarian regime. Appeasement diplomacy has not worked. All governments of conscience need to stand strong against the hideous human rights atrocities of this pernicious regime.

I promised to publish her account, in her own words.

Reggie, please tell the world about the terrible suffering of Christians in China. There has been a harsh revision of the regulations regarding religions in China, and the Chinese government has since tightened up its controls in all religions, including Christianity.

Foreigners look at Shanghai and are impressed with the wealth and apparent modernity of China. But they don’t see the terrible atrocities committed in the “re-education camps” in Xinjiang, among the Uyghur Muslims. And they don’t see how the Christians are being persecuted as well.

This is true of all religions. The CCP also heavily persecutes Tibetan Buddhists, Uyghur Muslims, and Falun Gong practitioners. Anyone who worships a divine being is the enemy of the CCP.

When the CCP arrests a pastor, the criminal charge is that he is a “traitor” who is “threatening national security.” These pastors have no right to legal representation. If they have someone brave enough to be their lawyer, the pastor can be beaten up before seeing that lawyer. And their attorney can be beaten as well.

“Three-Self” is a characteristically Chinese way of abbreviating “self-governance, self-support, self-propagation.” For example, Catholic believers in China are not allowed to accept the leadership of the Pope. Chinese churches can have no relationships with churches outside of China. They cannot receive foreign funding, teaching, or leadership.

There are two, huge changes in the law regarding religious practice in China.

First, the new law greatly expands the government departments who can persecute religious believers. Under the previous law, only the Religious Affairs Bureau would enforce religious restrictions. Under the new law, every layer of government can regulate religious affairs. The fact that there are so many more officials cracking down on unregistered churches puts tremendous pressure on the members of those churches. As part of this crackdown, Chinese Christians are facing the most persecution since the Cultural Revolution in the 1960s.

I know of an incident in which some Chinese Christian missionaries went to a Christian conference. This was November 2018, in Thailand. Chinese communist spies also went to this conference and secretly recorded the attendees. Many of the missionaries were arrested upon their return to China.

Friends of mine were watching a documentary regarding Tiananmen Square in their own living room in Shenzhen, a city in Guangdong province. They were arrested and remain under surveillance.

Under this new law, the house churches in my area have been forced to make an impossible choice. Either they must dissolve, if they refuse to register; or, they must register with the government. Those who register are concerned about surveillance of the church and its members. In addition, their sermons and teachings will be monitored. Believers are also worried that the church’s tithes and offerings could be confiscated by the government, and that their telephone landlines may be monitored by the Chinese equivalent of the CIA.

Being a member of a house church in China is dangerous. Most of the members of underground churches in my area are young. Today, I would not have the freedom to be a Christian in China. If I were to lead a women’s prayer meeting in my own living room, I could get arrested and face criminal charges as well as a heavy fine. I could be jailed, tortured, and killed before trial. If I made it to trial, the trial would not be fair, because the purpose of the court system is to advance national policy, such as to keep Christianity from spreading.

In a remote area, cadres took down religious images and replaced them with pictures of CCP leader Xi Jinping. The CCP does not want you to believe in God, but in the Party.

Some brave underground churches continue to meet secretly. They have to sing their hymns very quietly to avoid detection. Many churches, once discovered, are kicked out by the landlord and have to move from place to place every week.

The Chinese government does not like evangelists. I know a traveling preacher who disappeared in 2004–5.

The China/Vatican deal has been a terrible thing for Chinese Catholics. Perhaps the Vatican does not know how Catholics have been jailed and tortured for their faith. The Chinese government has been inhumane to religious believers, including Catholics.

Reggie, please tell the world about the suffering of Christians in China. They are discouraged and afraid. Can you help us? Can you pray for us?

Reggie Littlejohn
Follow
Reggie Littlejohn is the founder and president of Women’s Rights Without Frontiers, an international coalition to expose and oppose forced abortion, gendercide, and sexual slavery in China.
TOP NEWS