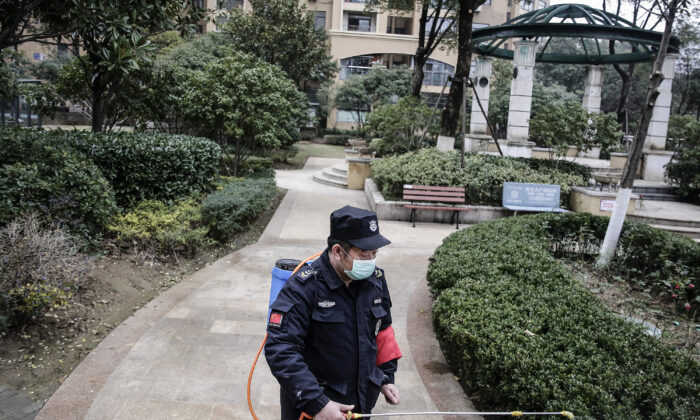 Eight Chinese city governments announced on Jan. 23 that they have initiated a quarantine to curb the outbreak of a new type of viral pneumonia.

Major sightseeing locations were also shut down by local authorities to avoid mass gatherings of people as the disease, caused by a new strain of coronavirus, continues to spread.

Meanwhile, five more provinces announced their first diagnosed cases—meaning the only regions that remain free of the disease are Qinghai and Tibet.

We are now seeing second and third generation spread,” Dr. David Heymann, assistant director-general for Health Security and Environment at the World Health Organization (WHO), told CNN on Thursday.

Heymann explained that patients infected after handling animals at the fresh food market in Wuhan that is linked to the outbreak belong to the first generation. Patients who were infected through contact with an initial patient, belong to the second or third generation.

Heymann warned that now the virus can spread through contact with an infected person who is  sneezing or coughing.

The central Chinese city of Wuhan, where the outbreak started in December, has 11 million residents. Beginning at 10 a.m. Thursday local time, the city was under lockdown, with all public transportation, including subways, ferries, and intercity buses suspending operations. The city’s airports and train stations were also closed.

Also on Thursday, the Hubei provincial education bureau announced that it would postpone the start of the new school term for all primary and middle schools in the province.

Worried that the virus can easily spread in crowded places, local governments around China also closed down famous tourist sites.

In the capital Beijing, the administrators of Forbidden City announced that the museum will be closed indefinitely beginning on Jan. 25.

Near Beijing, the Tanzhe and Jietai temples; Miaofeng Mountain, a Taoist site of worship; and other tourist sites would also be closed beginning Jan. 24.

During the Lunar New Year festivities, when the entire country goes on public holiday from Jan. 24 to Jan. 30, people often go to temples to burn incense and wish for good luck in the new year.

Hangzhou is the capital city of Zhejiang Province, a scenic town and one of China’s hottest tourist destinations. On Jan. 23, the city government announced that all major sightseeing locations, temples, and museums would be closed from Jan. 24.

On the same day, the Central Academy of Fine Arts in Beijing and Shanghai University announced that due to the new disease, college entrance examinations for prospective students that were planned for February would be postponed. The schools said they will notify students when they decide on a future date.