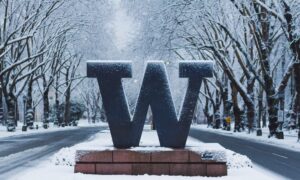 Despite Coronavirus Outbreak, Universities of Washington and Oregon are Operating Normally
0 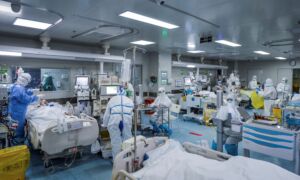 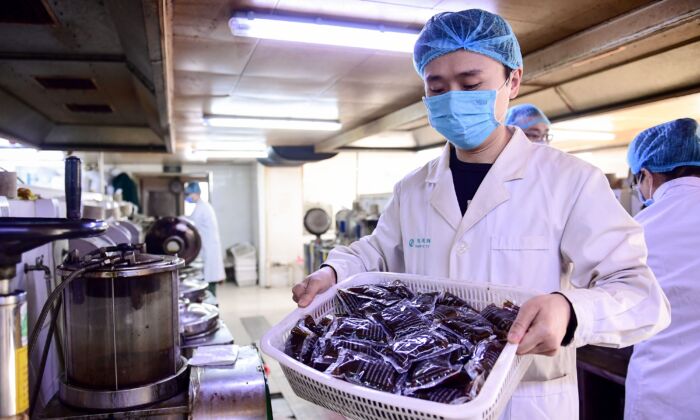 A medical worker is holding bags of liquid traditional Chinese medicine at a hospital in Shenyang, China on Feb. 20, 2020. (STR/AFP via Getty Images)
CCP Virus

To prevent the novel coronavirus from spreading, authorities in a Chinese city forced all students and teachers to take the same Chinese medicine before they go back to school for the new semester, which began on March 1.

A nursery school notified the parents that their children might have diarrhea and dizziness after taking the medicine—which has not been scientifically proven to cure or treat the disease caused by the new virus, known as COVID-19.

On March 2, Lincang city authorities in southwestern China’s Yunnan province claimed that it was the local district government that set forth the rule for students and teachers. The city said it has since stopped forcing people to take such medicine and punished the involved officials.

That same day, authorities in Linxiang district, located within Lincang city, released a statement passing the culpability to the city government, saying that their staff member, Ling Bo, didn’t understand well what the city government required and thus issued the order.

In China, there is no law that grants the government the right to force people to take medicine.

In traditional Chinese medicine, children typically cannot take the same medicine as adults for the same disease, as children are not mature and their bodies cannot withstand the potency of medicine for adults.

In June 2005, there was a widely reported case of a child who died after taking traditional Chinese medicine meant for adults.

To prevent chickenpox, the Hongshiyan Primary School at Maoshan town of Luquan County in Yunnan province asked all their students to take a dose of Chinese medicine. Soon after, 151 students started to have diarrhea and one child subsequently died in the hospital.

Almost all schools in China postponed the new semester due to the coronavirus outbreak. Normally, the new spring semester starts on the first working day after the fifteenth day of the first month in the lunar calendar. That fell on Feb. 8 this year.

On Feb. 29, the Linxiang district education and sports bureau sent a notice to all education offices, schools, and nursery schools in the area about the new school semester starting on March 1.

In the notice, the bureau said Lincang city authorities instructed all students to take Chinese medicine every day before and after the school day, because “Chinese medicine treats patients before they are sick.”

“Each education office, school, and nursery school must report [confirmation that students took the medicine] to the bureau before 6 p.m. every day,” the notice said.

On the same day, Lincang Second Middle School sent a notice to all students and their parents. In the notice, the school said: “Students and parents should take their phones with them when purchasing the medicine and taking the medicine, and send the photos to the teacher [as confirmation that students took the medicine].”

Lincang Second Middle School is located in Linxiang district, and has about 3,500 students and 230 teachers, according to the school’s website.

Fengqing County is a region within Lincang city. The nursery school has 750 students and 100 teachers.