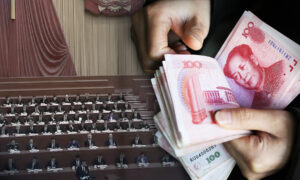 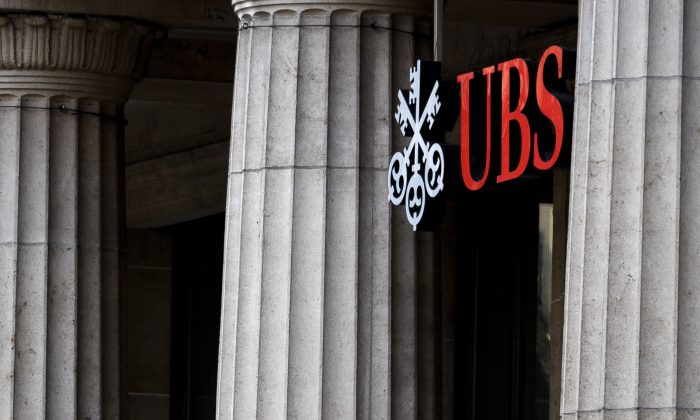 A sign of Swiss banking giant UBS is seen on October 6, 2018 at a branch in Lausanne. (FABRICE COFFRINI/AFP/Getty Images)
China Business & Economy

Swiss bank UBS Group AG. has asked its China wealth management staff to reconsider their travel plans to the country after authorities there asked one of its bankers to delay her departure from Beijing to meet with local officials, a person familiar with the matter said.

The banker, who is based in Singapore and works in the relationship management team in UBS’s wealth management unit, still has her passport, but was asked to remain in China and meet with local authority officials next week, the person said. The identity and position of the banker were not known.

The purpose of the meeting with authorities is not clear, but the bank has asked others in its China wealth management team to review their travel plans carefully.

No other units in the bank, including back office or asset management teams, have been asked to re-consider existing travel plans. A UBS spokeswoman declined to comment

The Swiss bank is the largest wealth manager operating in Asia, with $383 billion of assets under management, according to Asian Private Banker magazine, ahead of Citigroup, Credit Suisse, HSBC and Julius Baer.

The meeting also comes as UBS has been building up its presence in China. Last week it moved a step closer to becoming the first bank to take majority ownership of its China joint venture under new rules designed to open up the sector, when two of its current partners put their stakes up for sale.

Any deal on the stakes will need the approval of Chinese authorities, who are yet to give the green light for the 51 percent shareholding.

By Jennifer Hughes and Tony Munroe.