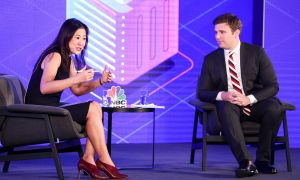 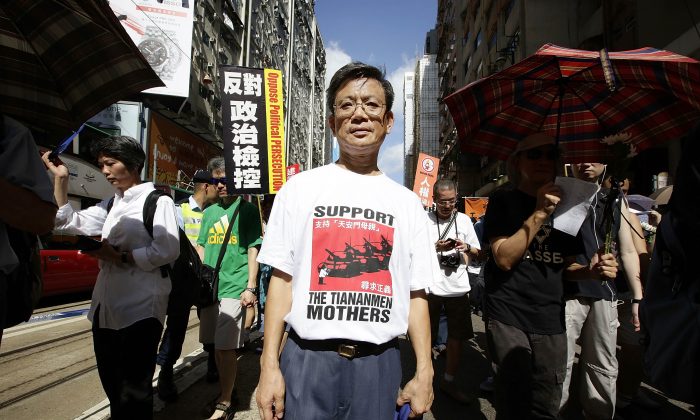 Pro-democracy activists march to mark the 25th anniversary of Tiananmen Square massacre, in Hong Kong on June 1, 2014. The protest wound its way from Victoria Park, Causeway Bay, to finish at the Government Offices in Admiralty. (Photo by Jessica Hromas/Getty Images)
China

Chinese artist Zhang Yue received China’s top art award on May 27 but news reports about the award ceremony and previous reports about Zhang’s accomplishments were deleted from the internet shortly after—because Zhang mentioned the 30th anniversary of the Tiananmen Square Massacre in his acceptance speech.

The Chinese regime’s brutal suppression of student-led pro-democracy protests at Tiananmen Square is still a taboo topic inside China.

Established in 2006, the Award of Art China (AAC) is China’s most prestigious title in the field of contemporary art. The honor of “Young Artist of the Year” in 2019 went to the 34-year-old Zhang.

According to a May 28 Radio Free Asia report, during the 13th annual AAC award ceremony held in Beijing’s Forbidden City, Zhang told the audience that he was “embarrassed” to accept this award, as he had to make concessions to government censorship in his work. He further explained that he didn’t dare make the subversive themes of his work too obvious, and didn’t go all out to fight for freedom of expression.

“I feel even more embarrassed to accept this award, being so close to Tiananmen Square [in the run-up to] the 30th anniversary of June 4,” Zhang said in his acceptance speech. June 4 is a common reference to the massacre, which occurred on June 4, 1989.

AAC organizer Artron.net and Chinese media Phoenix TV both reported on the award ceremony on May 27. But both reports—and many online articles that previously mentioned Zhang were removed from the internet within two days. The only information about Zhang on AAC’s website is an article from April, which announced that Zhang was one of the nominees for “Young Artist of the Year in 2019.”

“He spoke very well—and at this particular time and place—I found it pretty moving,” Wu said.

Wu also said he was very worried about what might happen to Zhang next, since he mentioned a topic that the Chinese regime has continually denied and even erased from history books.

Zhou Fengsuo, a student leader in 1989, told Radio Free Asia that Zhang’s acceptance speech could be seen as a form of art.

“When the majority of Chinese choose to remain silent, either by choice or forced by the Chinese authorities, their silence is yet another attack on the victims of the Tiananmen Square Massacre,” Zhou said. “Zhang’s speech offers a striking contrast to their hypocrisy and cowardice.”

Fellow artist Ji Feng, who also took part in the 1989 movement, told Radio Free Asia that state security agents had warned him ahead of the 30th anniversary not to make any public remarks.

“Very few artists are willing to stand up like Zhang Yue,” Ji said. “Artists like Zhang have a conscience.”

He also said that Zhang’s statement was all the more remarkable, because Zhang was born in 1985, meaning that he was little more than a toddler at the time of the 1989 military crackdown.

Zhang held an art exhibition named “The Song of the Mountain Eagle” in 2018. Most of his work at the exhibit was in the form of documents and archives, highlighting the difference between history as presented by the Chinese Communist Party and history recorded by Chinese civilians.

Although Zhang didn’t “make the themes too obvious,” his work was still considered by his peers as a courageous way to subtly criticize the Chinese regime for its pattern of distorting historical facts.