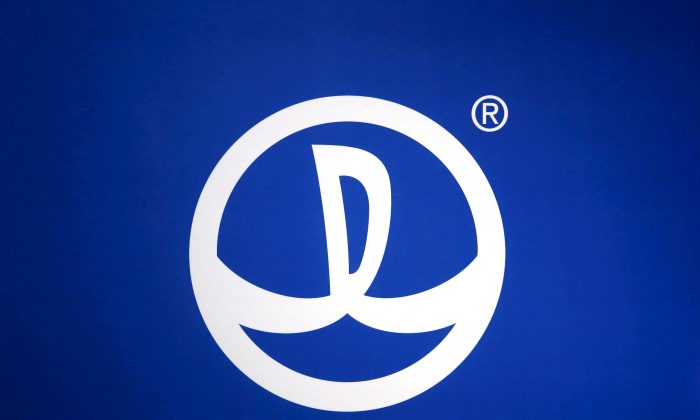 The logo of the Dalian Wanda Commercial Properties is seen at a news conference in Hong Kong on March 31, 2015. (Tyrone Siu/Reuters)
China Business & Economy

HONG KONG/NEW YORK—China’s Dalian Wanda Group is exploring a partial sale of its Hollywood film studio and the full sale of its sports assets in its latest push to reduce offshore holdings under pressure from Beijing, sources familiar with the matter said.

The move is the latest sign of how Wanda, one of China’s largest real estate conglomerates, like many of its Chinese peers, is under pressure from the country’s regulators to reduce overseas holdings after embarking on a major acquisition spree in the United States and Europe.

Deals for the assets would essentially reduce the conglomerate’s overseas holdings to a handful of property developments—also reported to be on the block, according to The Real Deal, a U.S. property news website.

The company, led by billionaire Wang Jianlin, once had dreams of developing a China-Hollywood film nexus, had a stake in top-flight Spanish football club Atletico Madrid and owned prime property developments in Sydney and London.

It is now exploring the sale of a minority stake, two sources with direct knowledge said, similar to Wanda’s recent stake sale in AMC Entertainment, the world’s largest cinema operator, a two-part deal that ostensibly gave U.S. private equity group Silver Lake a stake of up to 22 percent via convertible bonds and saw Wanda give up majority control.

New management at Legendary Entertainment has helped clean up its balance sheet and boosted its pipeline of TV and film content, one of the sources said.

The people declined to be named as the information is confidential.

Wanda said that the report of the sales were “seriously inconsistent with the facts.”

Wanda is also considering the sale of its sports marketing firm Infront Sports & Media as well as World Triathlon Corp (WTC)—owner of the Ironman Triathlons—the people said, cautioning the plans are not final and could change.

In December last year, Wanda asked a group of investment banks to look into the potential for listing the sports assets, potentially in Hong Kong.

The group has since received offers for the businesses from a number of private equity firms, including CVC Partners. But Wanda considered the offers too low, according to two of the people, who said the unit could yet push for a listing.

Wanda could also sell its remaining stake of 38 percent in AMC Entertainment for the right price, the people said.

Wanda first bought AMC in 2012 for $2.6 billion, and floated the company in 2013, when it retained a stake of about 60 percent, before entering into the deal with Silver Lake in September.

Under that deal, the private equity firm holds the right of first refusal on certain future sales of AMC shares by Wanda.

AMC, which operates more than 1,000 movie theaters globally, did not respond to a request for comment.

Wanda’s retrenchment began after Beijing launched a crackdown in mid-2017 on what it viewed as irrational acquisitions by some Chinese conglomerates. Chinese regulators told banks to stop providing funding to companies such as Wanda, HNA Group, and Anbang Insurance Group for overseas acquisitions, amid concerns over financial overstretching.

The group rapidly offloaded $9 billion in domestic hotels and tourism assets to fellow Chinese property developers but has taken longer to cut back its international holdings.

In February, it sold its 17 percent stake in Atletico Madrid and this year has already disposed of prime property developments in London, Sydney and Australia’s Gold Coast.