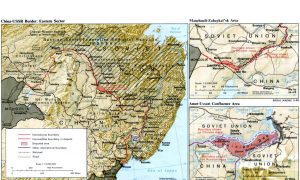 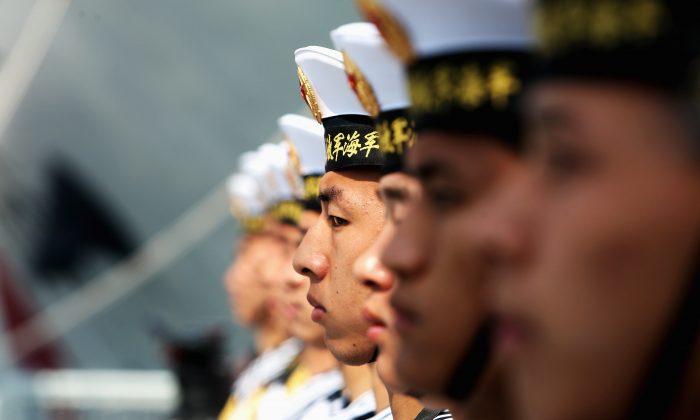 Chinese navy soldiers guard on Navy Battleship of Wenzhou at Qingdao Port on April 22, 2009 in Qingdao of Shandong Province, China. The Chinese regime is furthering its claims in the South China Sea with new civilian buildings. (Guang Niu/Pool/Getty Images)
China

The perception of peaceful intent is one of the Chinese regime’s main weapons for taking and controlling territory in the South China Sea. On Tuesday, it furthered this tactic by holding ceremonies for two lighthouses in the region.

It claimed the lighthouses will help in peaceful actions including search and rescue, disaster relief, and environmental protection, according to Reuters. The ceremonies were broadcasted through its state-run television.

The lighthouses add foundation to the Chinese regime’s previous line that its construction of new islands in the South China Sea is for civilian use. In early May, it even gave a half-hearted offer that the United States and other countries could use the facilities “when conditions are right.”

Alongside the glittering ceremonies, however, the Chinese regime also upped its threats to a new level. The Chinese regime’s State Council released a policy document where it vowed to increase “open seas protection,” according to Reuters.

In line with the new promise, it shifted the focus of its air force from just air defense to both defense and offense.

By shifting this policy, the Chinese regime made a clear threat against countries that fly airplanes over its man-made islands. It furthers its real message—that it has claimed the new territory, and that other nations are no longer welcome.

The developments come on the heels of a new U.S. initiative to demonstrate freedom of navigation in the South China Sea, in areas claimed by China yet still defined as international airspace.

The United States flew a P8-A Poseidon surveillance aircraft over one of the Chinese regime’s man-made islands in the South China Sea, as reported on May 20.

The U.S. military also released video and audio of the flyover, which includes Chinese voices saying over the communications system, “You are approaching our military alert zone,” “Leave immediately!,” and “You go!”

Soon after, the Philippines announced it would also begin flying military planes over the Chinese regime’s man-made islands, and Australia announced that it does not recognize the man-made islands as territory.