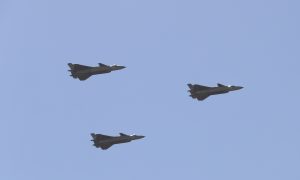 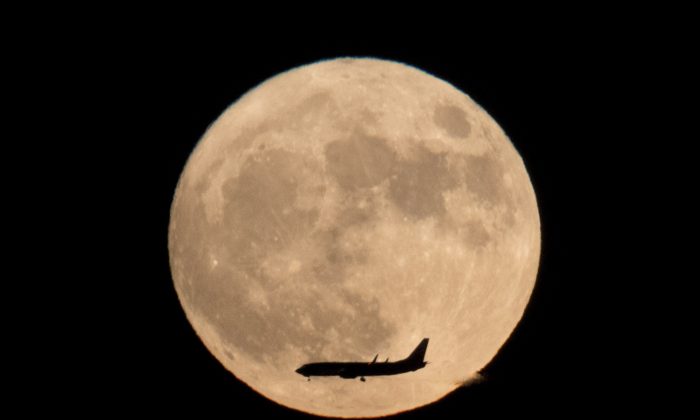 China Unveils Its Version of ‘Mother of All Bombs’

China has introduced what it calls its own version of the “Mother of All Bombs,” according to the Global Times, a Chinese Communist Party (CCP) mouthpiece. The bomb was designed by Norinco, a major state weapons producer.

This is the first public display of the bomb, according to the report.

The weapon is so large that a bomber can only carry one at a time, the Global Times said. The report describes it as China’s most powerful non-nuclear bomb.

The name “Mother of All Bombs” is the informal version of MOAB, a U.S. military acronym that stands for “Massive Ordnance Air Blast.” This type of bomb entered service with the U.S. Air Force in 2003.

The Chinese bomb and its U.S. predecessor are similar not only in terms of their names, but also in their usage—the bombs are so large that they can only be dropped individually.

“The [People’s Liberation Army] (PLA) copies only aspects of U.S. or foreign practices and capabilities relevant to China’s goals and adapts them to local realities,” says a report by RAND, a prominent think tank. “The PLA seeks not merely to compete with, but to deter and, if necessary, defeat, the U.S. military should the two countries ever come into direct confrontation.”

The first time the United States deployed the bomb was in Afghanistan against the ISIS terrorist group in 2017. The blast killed 94, according to Afghan officials in a Stars and Stripes report.

Bombs known as Daisy Cutters were used in the Vietnam War by the U.S. military, meant to clear sections of forest to create helicopter landing zones. Retired in 2008, they came as a precursor to MOABs.

Russia also developed a large, non-nuclear thermobaric bomb in 2007, nicknamed the “Father of all Bombs.” Thermobaric weapons, also called fuel-air bombs or vacuum bombs, create intense heat and a devastating shockwave by setting the air itself on fire.

The American MOAB isn’t a thermobaric bomb and neither is the new Chinese weapon presented in the video, according to a Norinco representative.